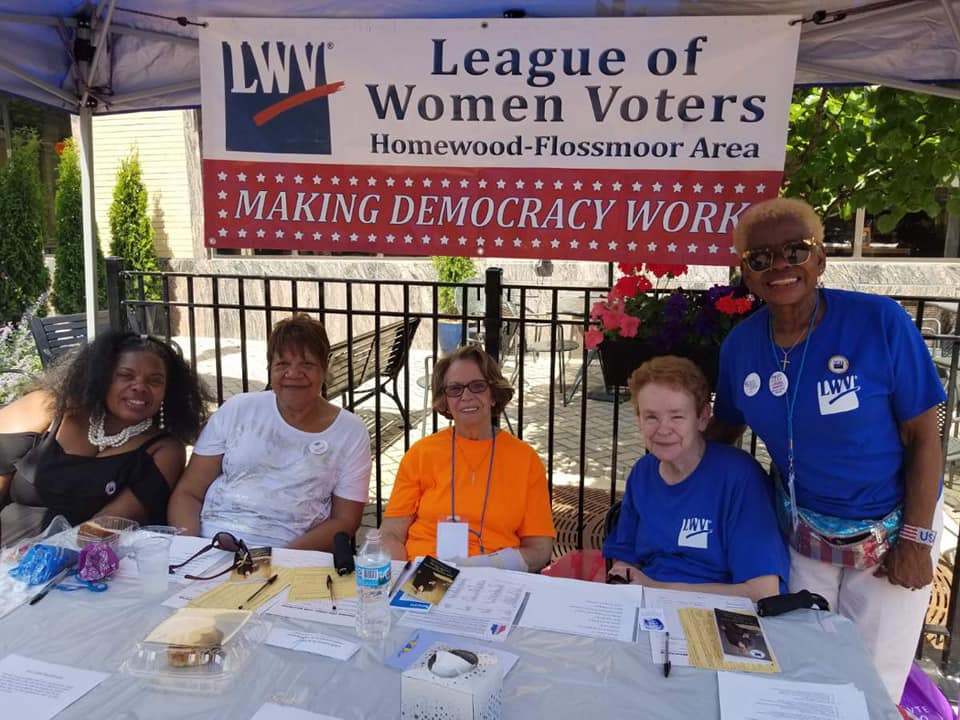 There's a fantastic resources on voting from our parent organization, the League of Women Voters of Illinois. Please click any of the buttons below to learn more!

1. What makes voting in general so important?
Voting is important because it impacts so many aspects of our lives. It is incumbent on us to not just vote, but to also be diligent in deciding who to vote for. We will be voting for people to represent our interests for years.  Elected representatives speak for us on local matters such as school district policies and quality of life in our communities. On a State or national level, elected officials decide such matters as taxation, trade policy, foreign policy, Supreme Court justice appointments, declaration of war, gun laws, health care, immigration, Social Security, racial and gender equality, environmental issues, and a myriad of other important issues that impact our lives directly.
Political ideology is often an important voting consideration. For example, you may favor candidates, particularly a presidential candidate, with views that match your ideology whether liberal or conservative. This becomes particularly important when a Supreme Court vacancy occurs during the President’s tenure, because he will nominate a justice candidate who shares his political ideology. Once appointed, these justices make court decisions that could impact many generations of society. Think Roe v. Wade, 1973, decided by a liberal leaning Supreme Court, but could be overturned if a conservative majority overtakes the Supreme Court.
2. What words of encouragement do you have for new voters who haven't yet registered to vote? If you could give a message to young, new voters, what would it be?
New voters should know that their vote counts as much as the votes of those who have been voting for decades.
Voting is an opportunity to personally contribute to the political process by choosing your government.
If you don’t like the way things are but you don’t vote to try and make a change, then blame yourself, not the government.
Voting elevates you from just having an opinion to legally expressing that opinion in the form of a vote.
If you don’t vote, someone else will and they’ll make the decision for you.
Vote because it gives you credibility as an American citizen.
Vote to hold elected officials accountable.
Vote because you live in a democracy and can vote. This is not true in every country.
Your vote is your voice. Use it.
3. What about 2020 makes this election so important?
Everything is important about a presidential election. We will be electing a leader who will represent our interests nationally and represent our country to the world.  Who we elect says something about who we are as a people in the eyes of the world. We will also be voting for other policy makers such as State and Congressional legislators, and in Illinois an amendment to the constitution related to taxation, so know that your trip to the polls is important and is a multi-purpose event.

Fill out our form below.