COMMENTARY on the Suffrage Movement in America

COMMENTARY on the Suffrage Movement in America 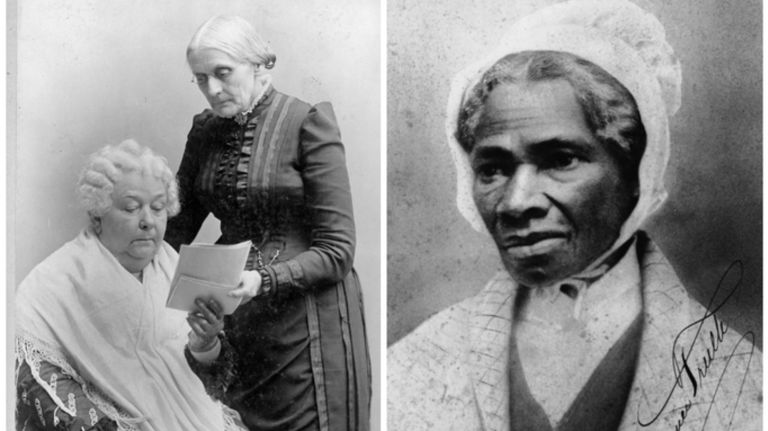 TIME Magazine | Maryland Suffragists | She Is Me | MORE COMMENTARY

Ellen Carol DuBois is the author of SUFFRAGE: Women’s Long Battle for the Vote, available Feb. 25 from Simon & Schuster.

When the woman suffrage movement first began in the mid-19th century, its champions had all become human-rights activists in the searing fires of the abolitionist movement. In 1838, Angelina Grimké, renegade daughter of South Carolina slave owners, laid down the basics of women’s rights, in her book, Letters to Catherine Beecher: “Whatever it is morally right for a man to do, it is morally right for a woman to do. I recognize no rights but human rights.”

In the aftermath of Civil War, emancipation and the constitutional enfranchisement of African American men, this expansive alliance on behalf of human rights tragically faltered. Enraged at the exclusion of women from enfranchisement in the 15th Amendment, Elizabeth Cady Stanton insisted that, if political rights were not to be accorded to all citizens, then educated women, descendants of the Founding Fathers, should take precedence. Betraying her underlying elitism, she wrote in the women’s rights periodical The Revolution, in December 1868, “If woman find it hard to bear the oppressive laws of a few Saxon Fathers, of the best orders of manhood, what may she not be called to endure when all the lower orders, native and foreigners, Dutch, Irish, Chinese and African, legislate for her and her daughters?”

From that point on, for the next 50 years, the major suffrage organizations and their most prominent leaders were white, middle-class women and their arguments rested on the allegedly lofty characteristics of women-as-women rather than on universal human rights.

In the years leading up to 1920, when women were granted the right to vote, members of prominent suffrage organizations in Maryland packed car caravans en route to rallies, rode cross-state in covered wagons to raise awareness, and traveled to Washington to help lead marches to the White House.
In Baltimore, a smaller group of suffragists had to take up the battle in their own living rooms.

She Is Me and Other Thoughts

History of the suffrage movement in America did not always give the WHOLE STORY; it either minimized or left out entirely the efforts of African American and other women of color who were involved.  Although the suffrage movement grew out of the Abolitionist movement in the 1840s with Elizabeth Cady Stanton and Susan B Anthony in common cause with with Sojourner Truth (all pictured above), that coalition began to fray after the Civil War and after African American men got the right to vote with passage of the 15th Amendment. As the fight for the woman's vote renewed in earnest in the 1870s, many African American women's achievements were not included in the march toward 1920.

So, as we approach the Centennial of women getting the right to vote, we want to bring out all of the stories of the suffrage movement in America, including the founding of the League of Women Voters in 1920.  On this page are League, newspaper and other commentary from various media that highlight the struggles of African American women and other people of color to be included and recognized in the movement.  The Smithsonian National Portrait Gallery in D.C. has dedicated an entire exhibit to these women who were mostly left out of the story.   See the Centennial page for info on that exhibit entitled "Votes for Women: A Portrait of Persistence".

Also, the National Archives presented a panel discussion on African American Women in the Suffrage Movement and the Battle for the Vote on September 12,  in the William G. McGowan Theater of the National Archives as part of the "Rightfully Hers" exhibit (See the Centennial page for info on that exhibit).

Several media outlets have created continuing columns on the effect of racism in the suffrage movement.  Some of those stories are below and we will add others as we see them.  (See articles from The Atlantic, New York Times, The Washington Post and others).  The Atlantic is asking for people to submit suffrage stories to them at: family@theatlantic.com .

In 2019 especially, these themes are being emphasized both by the League and others to highight the untold stories of the women of color who were fighting for the vote, too.  This reckoning has caused the LWVUS to pass the Policy on Diversity, Equity and Inclusion (DEI) which encourages us to reach out to ALL people to become part of the League, regardless of age, gender, gender identity, ethnicity or country of origin, among others.  In this effort, the League recognizes that, even in its formation and in succeeding years, the League did not always include women who did not look like its white founders.  Embracing and acknowleging the mistakes of our past is part of moving toward becoming an intentionally inclusive organization that works to improve democracy for everyone.

In keeping with that theme, LWV has initiated the #SheIsMe campaign as part of the LWV Centennial Celebration.  You can see how this all ties together in LWV CEO Virginia Kase's article published on Women's Equality Day, August 26, 2019:

Today we celebrate 99 years since women won the right to vote through the adoption of the 19th Amendment. Women’s Equality Day was created on this anniversary to raise awareness about the importance of gender equality and recognize the sacrifices made by the suffragists.
As we kick off the centennial year of women winning the right to vote, we mustn’t romanticize the story of the 19th Amendment. The truth is, progress towards a more perfect democracy is often messy, and the 19th Amendment did not break down voting barriers for all women—and even today, there is more work to be done.
We at the League are honoring Women's Equality Day by bridging the gap between our legacy and our destiny with She Is Me, a League-wide celebration of voting reformers from various backgrounds and experiences. Together, our collective efforts can create a more perfect democracy.

So, as we celebrate the great achievement of the 19th Amendment, we should do so with the recognition that women’s suffrage was not perfect. Let us use the lessons of our history to inform our present and our future. Let us seek out ways to ensure all eligible voters have their voices heard and their votes counted.
As we mark this historic anniversary, keep in mind how valuable our right to vote remains. Today we're reminded of how far we have come and how far we still must travel for true equality.
Virginia Kase
CEO
-----------------------------------------------

Erased by white suffragists, black women’s work was vital to the fight for women’s rights.

By Susan Ware
Susan Ware is Honorary Women’s Suffrage Centennial Historian at Harvard’s Schlesinger Library and author of "Why They Marched: Untold Stories of the Women Who Fought for the Right to Vote."

One hundred years ago, just as Carrie Chapman Catt was masterminding the final steps in the arduous process of ratifying the 19th Amendment, she bought a farm in Westchester County called Juniper Ledge. There she commissioned a set of 12 metal tree plaques to memorialize the giants of the suffrage movement, including Elizabeth Cady Stanton “the fearless defender of her sex,” Frances Willard “the woman of widest vision” and Susan B. Anthony “who led the way.”

Suffragists had a deep sense of history. In many ways they were our first women’s historians: taking a walk in the woods with Catt was like taking a course in suffrage history. But the story she offered at Juniper Ledge hints at why commemorating the upcoming centennial of women’s suffrage will be so fraught.

Consistent with the deep-seated prejudices held by most white suffragists, Catt included no plaques to commemorate the thousands of African American women who actively participated in the struggle. Regional chauvinism was an issue as well: All the domestic suffragists were from the East Coast, with New York State vastly overrepresented. There was no one from California or the West, nor anyone from the South, unless you counted the Grimké sisters who left their native South Carolina to settle in Philadelphia and later New Jersey.. . .

Read the rest of the article here: