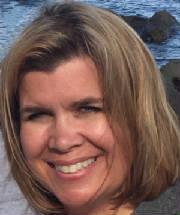 Kate Leahy Hein is the recipient of our 2019 Making Democracy Work Award. Kate, who was a Russian Language and Literature and East Central European Studies major at University of Colorado at Boulder, has her Master’s from the School of International and Public Affairs at Columbia University. She relocated to Evansville in 1998 with her family and is currently an adjunct instructor at USI, where she’s taught Political Science for fifteen years and Global Studies for two.

She started working with LWVSWIN through a project in a USI research methods course on City/County Consolidation where students developed a survey and analyzed its results following the 2012 election. Since 2014, she has served as moderator for Meet Your Legislators and two community forums on public education.

She has given talks locally on free trade agreements and national security policy with respect to Russian interference, and on Earth Day in 2017, she helped organize the March for Science with colleagues at USI. In addition, she moderated a 2015 mayoral debate for the City of Evansville.

She and her husband have two teenage daughters and a son. At present, Kate’s finishing her first Young Adult fiction novel on the importance of liberal democracy. She is looking forward to the centennial celebration of the 19th Amendment and the coming general election year. 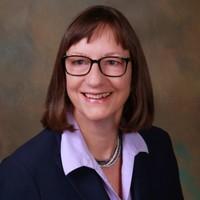 Katherine Rybak is the recipient of the 2018 Making Democracy Work Award.Kathy is a graduate of Cornell Law School who came to Evansville in 1979 to take her first job, with Indiana Legal Services. It turned into her life’s work, being a free lawyer for some of the poorest and most vulnerable people in the community: the elderly, the homeless, the battered, the sick and uncared for.Indiana Legal Services attorney

She does it not just with a strong sense of what’s right, but with a passion for the law. Kathy believes in the law and she’s relentless in pursuing it. She has routinely taken on the mammoth state Medicaid bureaucracy, the Family & Social Services Administration, the disability system, unscrupulous landlords and creditors, and even some practices in the local courts. She has taken five cases to the Indiana Supreme Court and has been cited in the American Bar Association’s ABA Journal. In 2017 her alma mater, Cornell, honored her with its Distinguished Alumni Award. 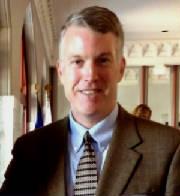 Outside the classroom, Professor Dion serves as the chairperson of the local civil rights commission and on the boards of several organizations. He is regularly quoted in news stories about political developments in Indiana or in the United States, and he has appeared frequently on radio and television news programs, including several French-language broadcast outlets.

Dr. Dion has moderated many local debates for the League, as well as speaking at our Lunches with the League. 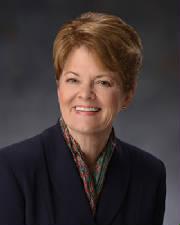 Gail has served as a Democratic member of the Indiana House of Representatives, representing the 77th District, since 2009. She was also the Democratic candidate for Mayor of Evansville in 2015. Prior public-service positions include the Evansville City Council from 1989-99, Executive Director of the Evansville Parks and Recreation Department, Business Relations Specialist for the Indiana Department of Workforce Development, and Neighborhood Coordinator for the Community Action Program. 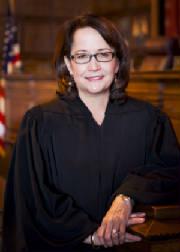 Loretta Rush took the oath of office as Indiana's 108th Supreme Court Justice on November 7, 2012 and became Chief Justice on August 18, 2014. She serves on the Commission on improving the Status of Children in Indiana and has represented Indiana multiple times at the National Judicial Leadership Summit on the Protection of Children. She serves as liaison to the Division of Supreme Court Administration, the Division of State Court Administration, the Indiana Judicial Center, the Indiana Conference for Legal Education Opportunity, and the Indiana Judges Association, and chairs the Judicial Nominating/Qualifications Commission.

As juvenile court judge in the Tipecanoe County Superior Court for 14 years, she assisted with the creation of the county's CASA program. During her tenure, she helped initiate, develop and sustain more than 25 youth programs.

Judge Rush was the keynote speaker at the 2015 Women's Equality Day Luncheon in Evansville. 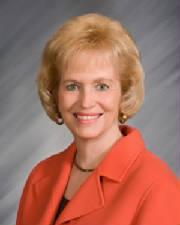 Senator Becker has represented southwestern Indiana since 1981, serving in the Indiana House of Representatives until 2005, and in the Indiana Senate since then.

She is on the Board of the ARK Crisis Prevention Nursery as well as the Indiana Commission on Women. 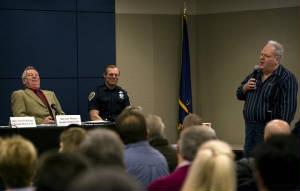 Jim Daniels was the recipient of the 2012 Making Democracy Work Award.

Mr. Daniels has long been active with Sustainable Evansville and the Izaak Walton League of Indiana. He also served as Evansville recycling coordinator.

Retiring Indiana Representative Dennis Avery was the recipient of the 2011 Making Democracy Work. The award "honors a leader who has contributed in a meaningful way to ensure our community remains a strong and vibrant place to live and work."

Avery, who retired at the end of the 2010 legislative session, was honored for his 36 years of service to the 75th District and the state of Indiana. League president Roberta Heiman commented that "During his Statehouse career, Avery pushed for legislation dealing with children's rights, including reporting child abuse and neglect and the creation of programs to help prevent further incidents."

Ms. Kirk was instrumental in establishing polling stations in the Evansville Vanderburgh Public Libraries during the 2008 and 2009 elections, making the election more accessible to Vanderburgh County residents.

She also cooperated with a League survey of poll workers that led to several changes in the training of these workers. 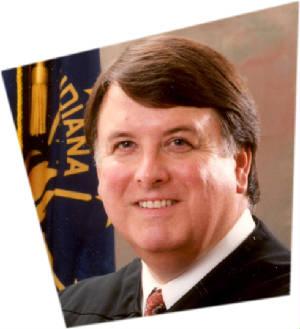