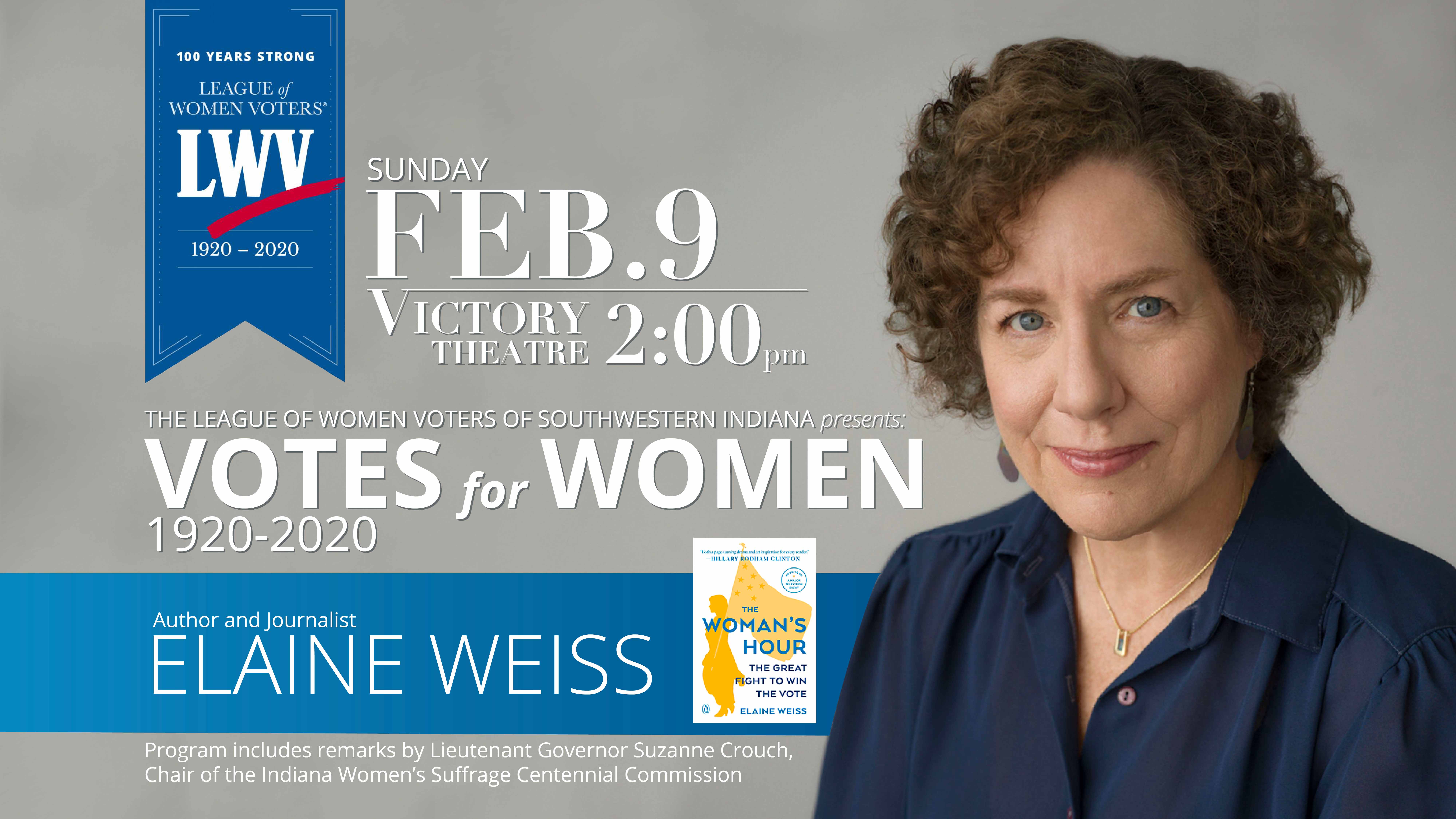 Author of The Women’s Hour: The Great Fight to Win the Vote, Elaine Weiss has been recognized with prizes from the Society of Professional Journalists, and her work has been featured in The Atlantic, New York Times, and Boston Globe.

An account of the 1920 ratification of the constitutional amendment that granted voting rights to women, The Women’s Hour traces the culmination of seven decades of legal battles and cites the pivotal contributions of famous suffragists and political leaders.  The Women’s Hour has been optioned by Steven Spielberg’s Amblin Television, with former Secretary of State Hillary Clinton to Executive Produce.

The winners of the Student Essay Contest were also recognized:

This event was made possible through generous support from its donors: the Women’s Hospital (Deaconess), University of Evansville, the Evansville Vanderburgh Public Library, Scripps Howard, members of the League of Women Voters of Southwestern Indiana, Farmer Scott Ozete Robinson & Schmitt, LLP and Garrett Printing & Graphics, Inc.

View photos from the Votes for Women event