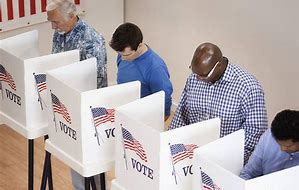 NYS Board of Elections
The State Board of Elections was established as a bipartisan agency vested with the responsibility for administration and enforcement of all laws relating to elections in NYS. The Board is also responsible for regulating disclosure and limitations of a Fair Campaign Code intended to govern campaign practices. In conducting these wide-ranging responsibilities, the Board offers assistance to local election boards and investigates complaints of possible statutory violations.

Where should I go to vote? Polling location locator