Although she has only been a member of the League of Women Voters since 2013, Rebecca has known of and admired the organization all her life. Her mother was an activist who worked with Milton Eisenhower to help establish UNESCO.  Rebecca had begun trying to find the League in 2009. She met with Sheila Swearingen when she held meetings in OKC.  In October of 2017, Sheila approached her about the possibility of my helping to get the LWVOKC group up and running again.  She agreed to a two-year term as Chairperson of the LWVOKC rebuilding effort.  Her first year ended in December, 2018.

Rebecca has experience with founding and leading groups, such as a La Leche League support group for nursing mothers, which she and a friend started in Edmond in the 1970's. Rebecca worked in that capacity for 15 years.  And in the early 1980's, she and her husband were part of a group that started an open-fellowship church in Edmond, which still exits.

Since beginning the rebuilding process, Rebecca as acting Chair, has helped to organized LWVOKC support and participation in parades, rallies, and state-wide advocacy events, as well as engagement in voter education and registration activities around Oklahoma City. She also helped to organize and track distribution of over 10,000 Oklahoma Voter Guides in and around OKC. She attended the LWV National Conference in Chicago this year. And she served as a leading member of the committee that organized LWVOKC’s inaugural event, “100 Years: Women Building a More Perfect Democracy” improved our membership, visibility and sustainability, thanks to many wonderful and very supportive sponsors. 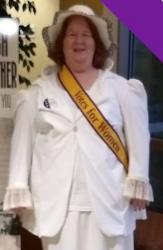 Rhonda served for one year as the regional scholarship chair and for three years as the local scholarship chair for Mensa. Prior to Cheryl Husmann, she served three years as Co-Administrator for the Ruth Bader Ginsburg Inn of Court. She also served two years as the legislative watch person for the Title Examination Standards Committee, which is an arm of the Real Property Section of the Oklahoma Bar Association.

Rhonda was one of the people in attendance at the first meeting of the LWVOKC group in March of 2018. She has worked closely with Rebecca Greenhaw, Jan Largent, and representatives from US LWV through the last nine months in determining the requirements and gathering the information to complete the necessary paperwork for the MAL unit to be recognized as a Local League.

Rhonda’s interest in the League of Women Voters is based on its non-partisan positions and its dedication to educating and registering voters. 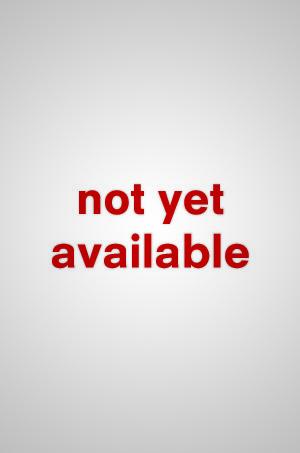 Jacquelyne Finley describes herself as teachable yet innovative, logistics-driven, concise and friendly with both written and verbal communication skills. She says that she is receptive to her surroundings in an attempt to be proactive and post-active in solving problems both formally and informally. She enjoys philosophy but believes in pragmatics over theoretical solutions and states her organizational skill is the biggest contributor to her self-motivation, intelligence, flexibility, and patience and wants to dedicate those talents to LWVOKC.

Jacquelyne has always been active in the community. She credits her mother and father with instilling passion for activism into her heart. She has extensive volunteering hours including but not limited to working with the following organizations:

Jacquelyne currently has two degrees from Oklahoma State University @OKC in Business Management and Applied Technology of Macroeconomics; and plans to graduate with her third degree from the University of Central Oklahoma in December 2020. Parallel to the LWVOKC’s Treasurer, Jacquelyne’s  interest in the League of Women Voters is centered on its dedication to remaining non-partisan and its commitment to voter education.