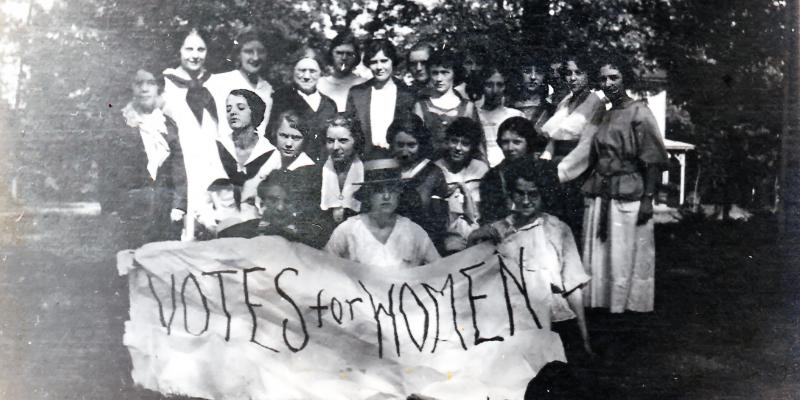 Why is the League Important Now?

The League of Women Voters is a peoples' organization that has fought since 1920 to improve our government and engage all Americans in the decisions that impact their lives.  We operate at national, state and local levels through more than 800 state and local Leagues, in all 50 states as well in DC, the Virgin Islands and Hong Kong.  We never endorse or oppose political parties or candidates, but we are political.

Formed from the movement that secured the right to vote for women, the centerpiece of the League’s efforts remain to expand participation and give a voice to all Americans. We do this at all three levels of government, engaging in both broad educational efforts as well as advocacy. Our members are men and women who stand together to improve our government. Our issues are grounded in our respected history of making democracy work for all Americans.

Be Part of the Solution.  Join Us.

What Is the League of Women Voters' Mission?

The League of Women Voters, a nonpartisan political organization, encourages informed and active participation in government, works to increase understanding of major public policy issues, and influences public policy through education and advocacy.  We never support or oppose any political party or candidate.

The League of Women Voters has two separate and distinct roles.

Our Vision, Beliefs, and Intentions guide our activities.

By joining a local league, members also belong to the larger LWV community:

See other Leagues in California and other state Leagues and local League websites.