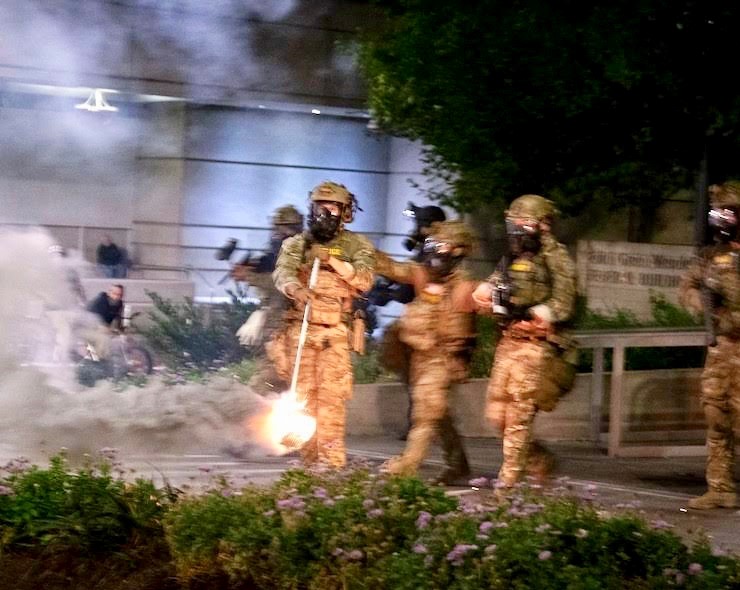 The Pasadena Area LWV fully supports the U.S. League's position regarding recent hostile actions against peaceful protestors in Portland Oregon.  The complete statement is available below.

“The increasing number of attacks on our democracy by some elected leaders and appointed members of our government are violating the first amendment rights of people in this country and requires our organization to speak out against the actions of this administration.

“On Tuesday the U.S. Department of Homeland Security’s Customs and Border Protection division confirmed that it deployed officers from three paramilitary-style units to act against protestors in Portland, Oregon. Dressed in unidentifiable military gear, in unmarked vehicles, our government unleashed a wave of fear and intimidation against people executing their Constitutional right of free speech.

“This administration’s tactics all too closely resemble authoritarianism. We have seen out of control leaders, past and present, who have used their power to intimidate, attack, or arrest their opponents in the name of ‘law and order.’ These actions are unpatriotic and un-American.

“The League of Women Voters is calling on the President and his administration to put an end to these unconstitutional acts. We also call on Congress to exercise its power to hold the administration accountable, immediately investigate the Department of Homeland Security and any other government agency involved in these heinous acts, and stand up for American democracy.

“The League of Women Voters is a non-partisan organization whose mission is to empower voters and defend democracy. We neither support nor endorse candidates or political parties. For 100 years the League has stood firm in the belief that government has a responsibility to represent and serve the interests of the people, not individuals in power.”

Issues referenced by this article:
Individual Liberties
This article is related to which committees:
Social Justice CommitteeAdvocacy Committee
League to which this content belongs:
PASADENA AREA