Read the complete op-ed that appeared in the Daily Democrat 1-6-13. 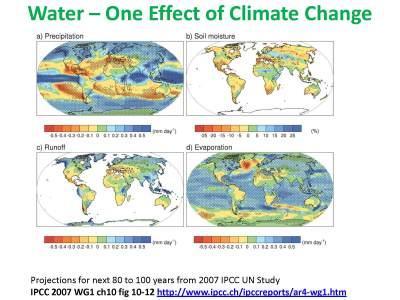 After two years of study, the members of the Woodland LWV voted unanimously to adopt the position on climate change at the annual meeting in June, 2011. The effect of climate change on Woodland and Yolo County was the focus for these areas of study:

The position in its entirety can be found here.

Efforts to date by the Woodland LWV have included:

Three two page articles have been written as part of this study effort and are available for LWV members and the public:

For general information on climate change in California:

The California Natural Resources Agency and others have prepared a report on the impacts of climate change to California and adaptation measures.

To learn more about living a low carbon life see these resources from UC Davis:

Information from the League of Women Voters of the United States: Climate Change has been identified by the LWVUS as one of their major issues.

Questions and comments related to LWVWoodland's Climate Change Study should go to: naturalresourcesdirector [at] woodland.ca.lwvnet.org.

League of Women Voters ® of Woodland