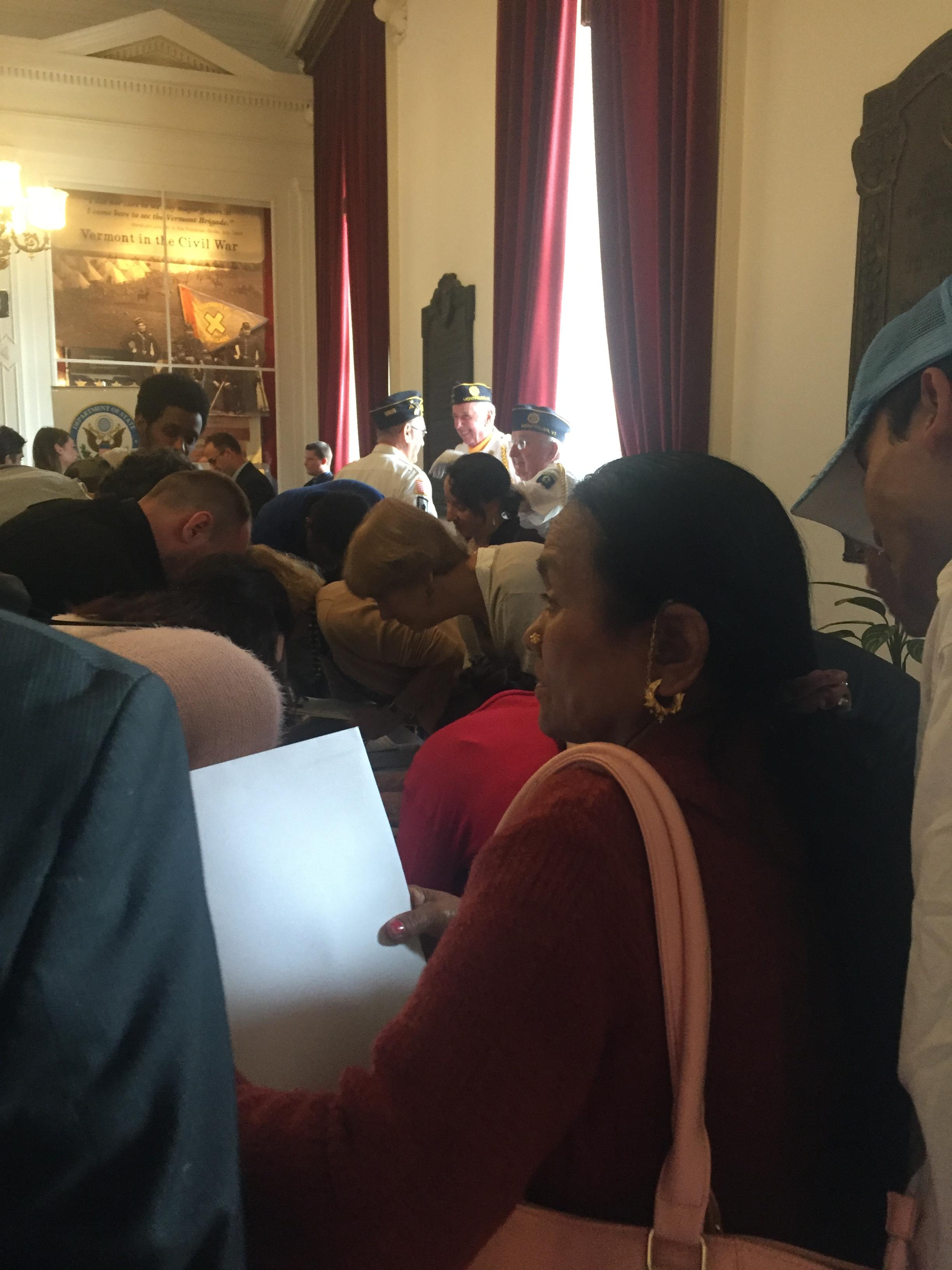 A rush at the voter registration table following the ceremony

2002 saw the first naturalization ceremony in the State House commemorating the 2001 attack on Manhattan's World Center twin towers and other sites in the U.S. Since 2006 the LWV Central VT, first in partnership with the Champlain Valley League, has registered the new citizens to vote and hosted a reception in the Cedar Creek Room for them and their guests.

Registration table ready for our work to begin 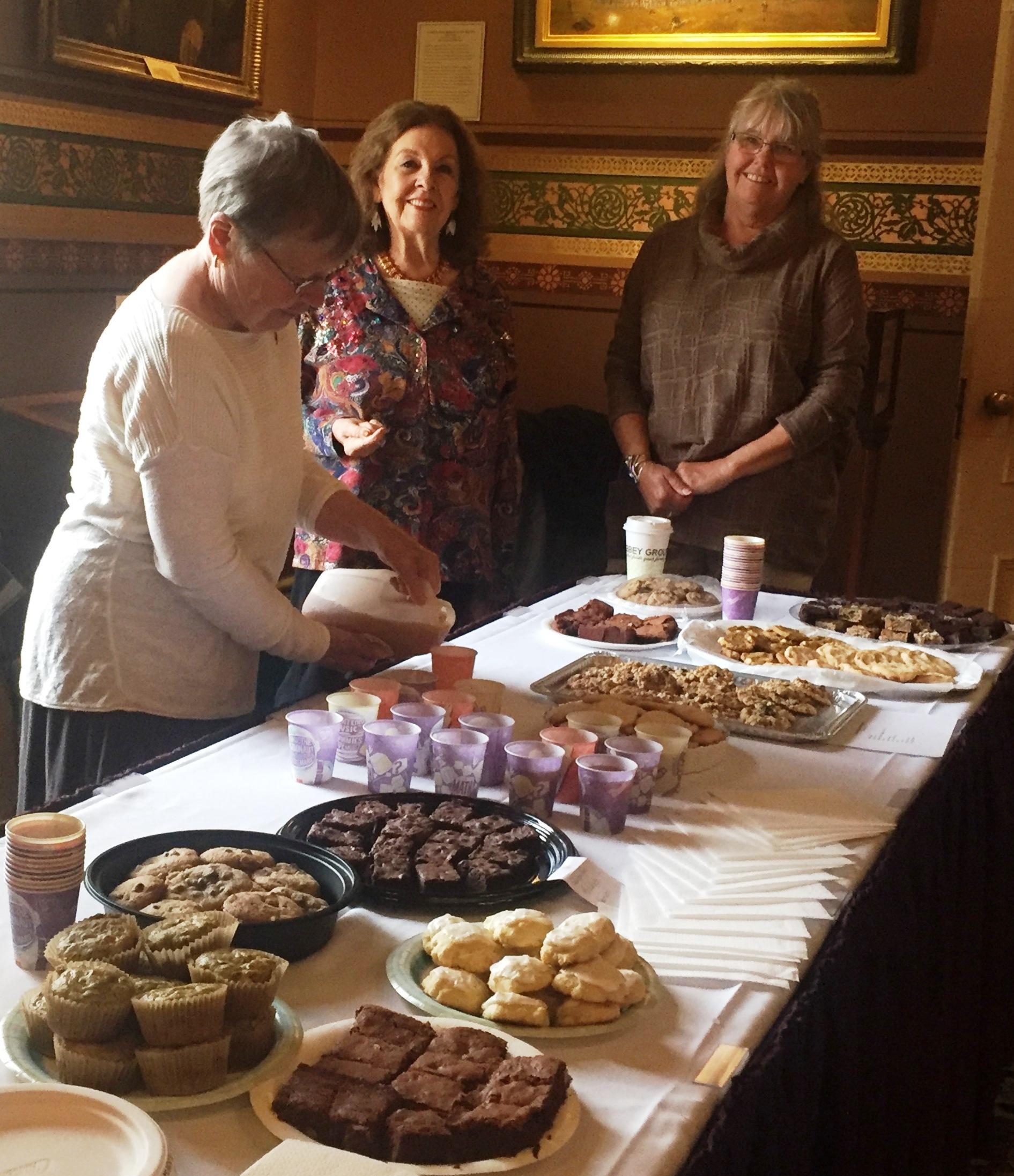 Issues referenced by this article:
Increasing Voter Registration
League to which this content belongs:
Vermont