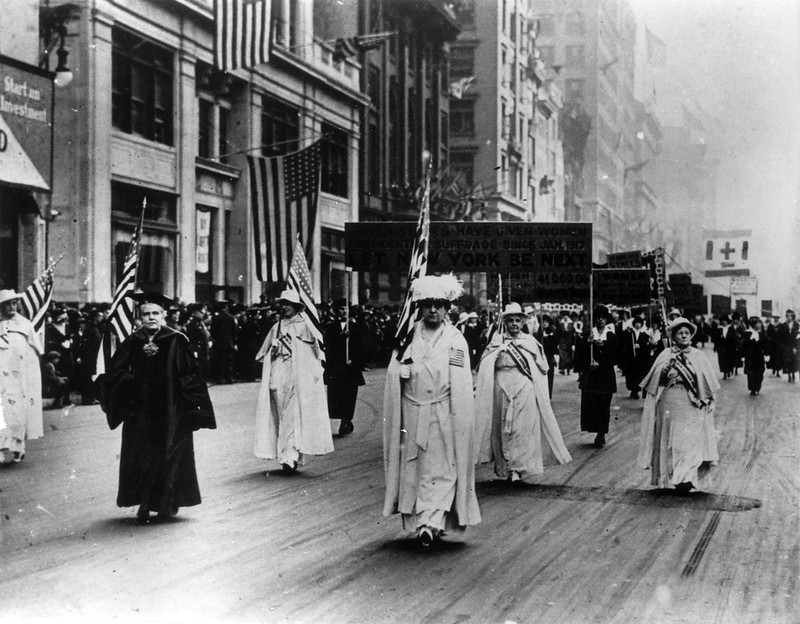 In 1920 on February 14th the League of Women Voters was founded by leaders of the women’s suffrage movement founded on the belief in the power of women to create a more perfect democracy. For 100 years, we have been a nonpartisan, activist, grassroots organization that believes voters should play a critical role in democracy.

During 2020 celebrations of the LWV 100th Anniversary were planned to mark the work of the League of Women Voters as a peoples' organization that has fought to improve our government and engage all Americans in the decisions that impact their lives but unfortunately the global pandemic stopped or modified many of the in-person events. On August 26, 1920 the 19th Amendment officially became law which states that “The right of citizens of the United States to vote shall not be denied or abridged by the United States or by any State on account of sex. Congress shall have power to enforce this article by appropriate legislation”.

We encourage all to explore digital resources that tell the story of this Century-Long Legacy.

Click Here for the 100 Years of LWV Interactive Timeline

Click Here for a Virtual Tour of Votes For Women: A Visual History

Click Here for Interactive - She Resisted: Strategies of Suffrage

Click Here for The Right to Vote: A Constitutional History

What will the next 100 years hold for this "mighty political experiment" designed to help women carry out their new responsibilities as voters. Join us to promote informed citizen participation at all levels of government in “Making Democracy Work”.