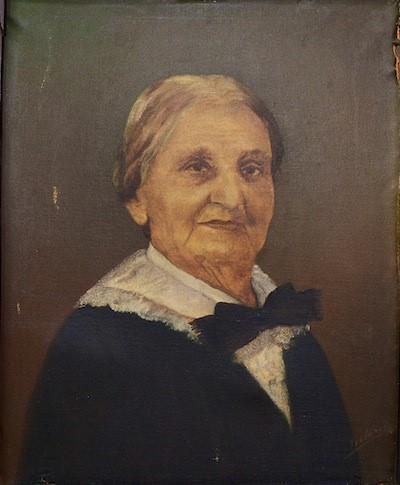 Educator, Suffragist, Author, a Founder of University of Puerto Rico

Anna Roqué Geigel de Duprey was born in Aguadilla, Puerto Rico. She suffered the loss of her mother when she was four. Duprey was raised by her father, grandmother and aunt, all of whom were educators. As a child, she loved books and had learned to write by the age of three. Her love of learning never waned. By the time Duprey was thirteen, she had founded her own school in her house. During this time, Duprey wrote the geography textbook that her students used, and it was later adopted by the Department of Education of Puerto Rico.

In 1872, Anna married Luis Duprey, who was a well-to-do landowner with political aspirations. They had five children together, and three of them survived to adulthood. As a lifelong learner, Duprey continued to develop her broad interests and extend her education.  After the family moved to San Juan, she spent time composing music and became the first woman to be permitted in the Puerto Rican Athenaeum and to become a member of the San Juan Public Library.

Tragedy struck in 1880 when Luis Duprey died, leaving Anna alone to raise their young children.  In 1884 she accepted a teaching position in Arecibo and enrolled in the Provincial Institute, where she studied science and philosophy and earned her bachelor’s degree.

Just as Puerto Rico was becoming a territory of the U.S. in 1898, Duprey founded La Mujer, the first of numerous women’s magazines that she established. In addition to serving as director of the Normal School of San Juan, Duprey wrote for a variety of newspaper publications like El Mundo. She also wrote several fiction and non-fiction books. Duprey’s love of botany earned her acclaim and an award for her book Puerto Rican Flora.  She became known as “Flor del Valle” (Flower of the Valley). Today, there is new energy around getting Duprey’s unpublished work, Botánica Antillana, digitized.  Botánica Antillana, the product of Duprey’s thirty-year research, is a collection of over 6000 trees and plants of Puerto Rico and other parts of the Caribbean that includes her own color illustrations. According to the scientist Eliván Martínez Mercado, Duprey’s long overlooked manuscripts contain important information that is beneficial to improving a more sustainable agriculture in Puerto Rico.

In 1917, Duprey turned her energies to a more expansive focus.  She joined with other Puerto Rican women professionals to form the first organization in Puerto Rico dedicated to women’s rights, the Puerto Rican Feminist League. In 1921, the Feminist League renamed itself the Suffragist Social League. By 1924, internal political differences led to a schism in the League. Duprey and her fellow suffragists broke away to form the Association of Women Suffragists and devoted their efforts to winning universal women’s suffrage, free of restrictive barriers like literacy requirements. Unfortunately, Duprey died two years before seeing all Puerto Rican women succeed in winning the right to vote in 1935.