WHAT WE DO--FOCUS FOR ACTION 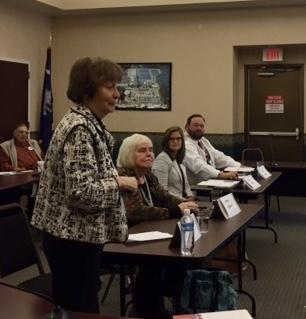 hen there is an existing League position thatsupports the issue or speaks to the cause.

Positions result from a process of study. Any given study, whether it be National, State, or Local, is thorough in its pursuit of facts and details. As the study progresses, a continuing discussion of pros and cons of each situation occurs. Prior to the results of the study being presented to the general membership, study committee members fashion consensus questions that are then addressed by the membership.

Additional discussion, pro and con, takes place as members (not part of the study committee) learn the scope of the study. After the members reach consensus, the board forms positions based on that consensus.

We support the drawing of voting district lines following the decennial census that reflect strict anti-gerrymandering standards at all levels of government, in accordance with the LWVSC redistricting position. More specifically, we support the adoption of these standards to redistricting maps drawn at the County Council, School Board and Town Council levels of government.

Beach Management (Adopted 2003-2004; revised 2018):  We support beach management projects that are for the public good rather than for the benefit of private property.  Such projects should make use of re-nourishment methods first and employ hard structures only when nourishment alone is ineffective.  Clear goals and quantitatively designed measures of each project's success should be established and ensured by careful, professional monitoring over the long term.  If a hard structure is demonstrated to adversely affect nearby beaches, mitigation, re-design or removal should be required.

Drinking Water and Sewer Service (Adopted 2015) We support the conservation and preservation of available drinking water and the availability of sewer service. 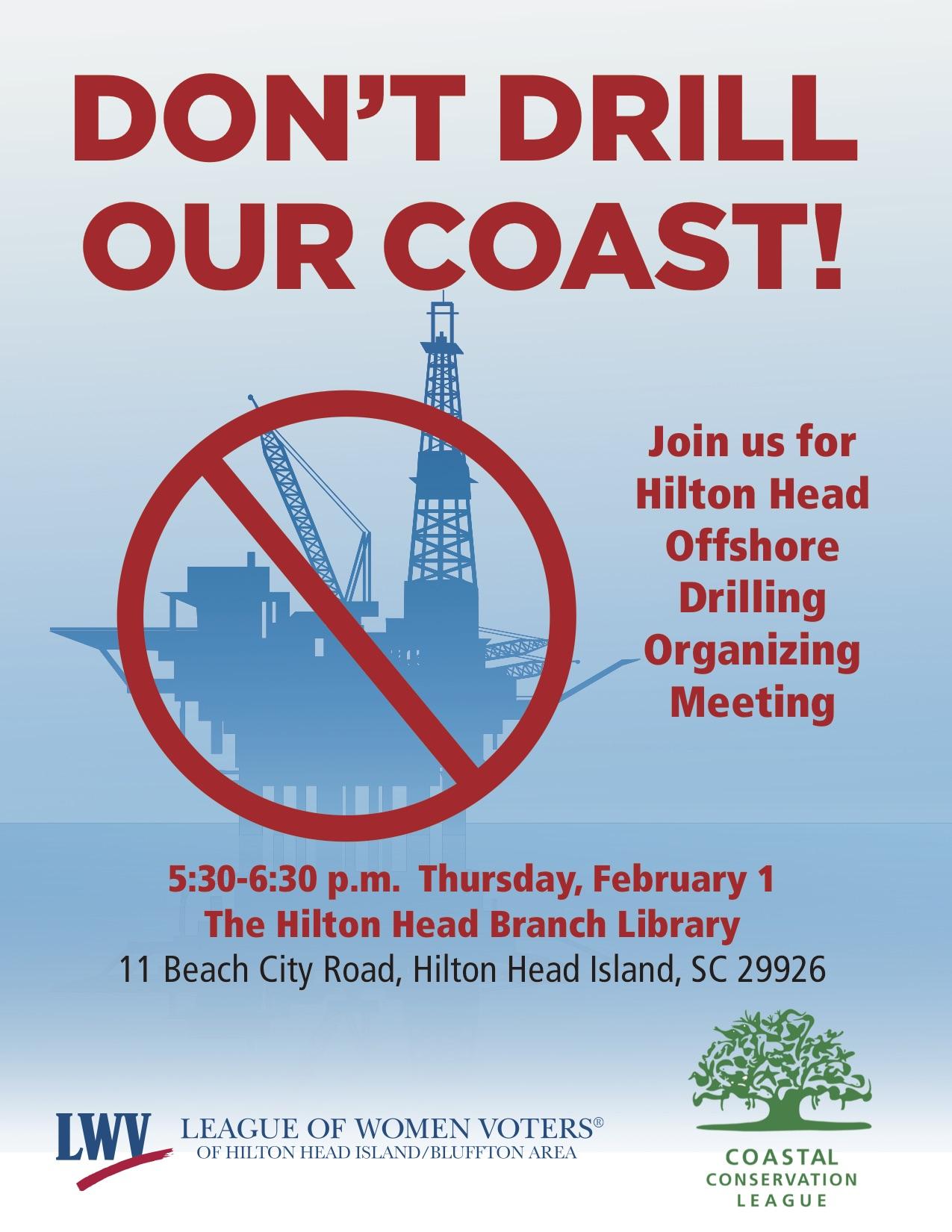 We believe that seismic testing in an attempt to locate deposits of oil or natural gas off South Carolina's Atlantic shore would severely endanger the ocean's living creatures and that any uncertain benefits that might be realized from off-shore drilling there are far outweighed by the potential for great damage to the state's natural environment, its tourist-based economy, and the health and quality of life of its residents.

Wetlands (Adopted 2003-2004; revised 2015): We support the preservation and protection of wetlands, area beaches, and local waterways, including but not limited to Calibogue Sound, the May River, the Colleton River, and the Okatie River.

State and local taxation recommendations with special attention to concerns for natural resources, infrastructure, and education (2015)

LOCAL AREAS OF INTEREST TO BE MONITORED

Board of Education with emphasis on the selection of the Superintendent; School Board member compliance with Board Policy (2019)

Local revenue and taxation at County and municipal levels (2019)