Welcome to the League of Women Voters of Horry County 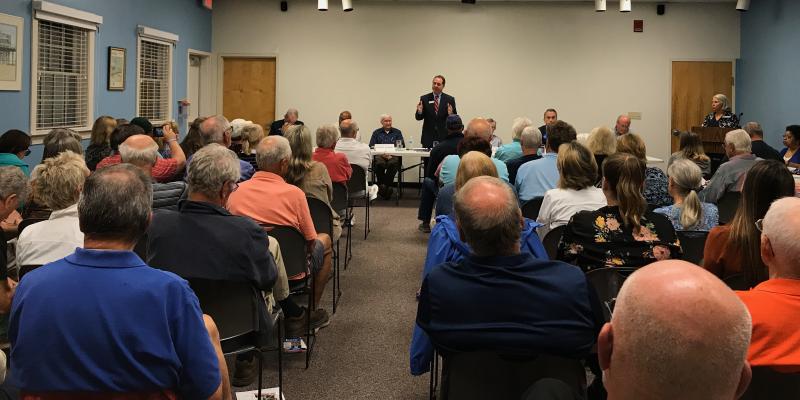 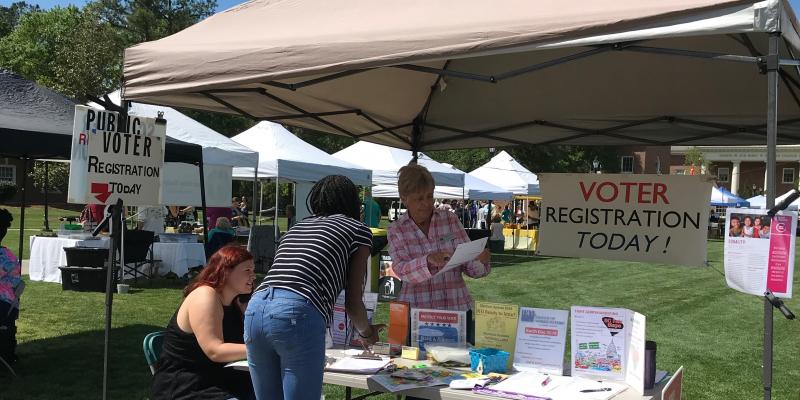 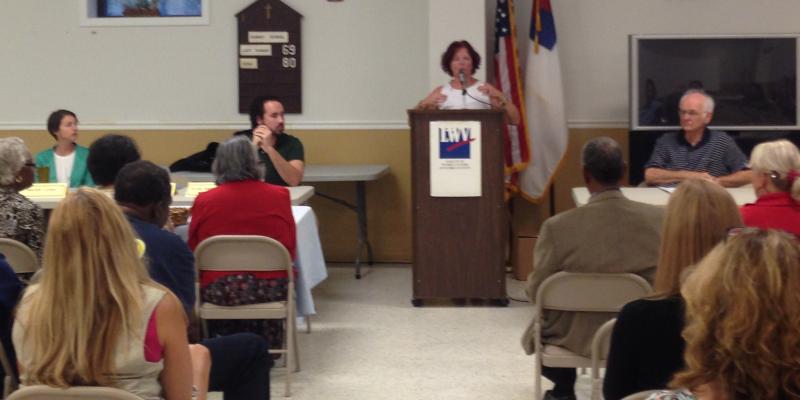 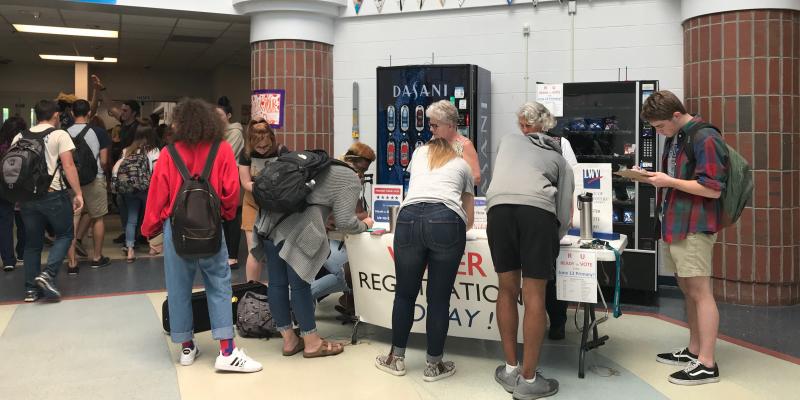 Helping High School students register and vote (prior to Statewide Primary, May 2018) 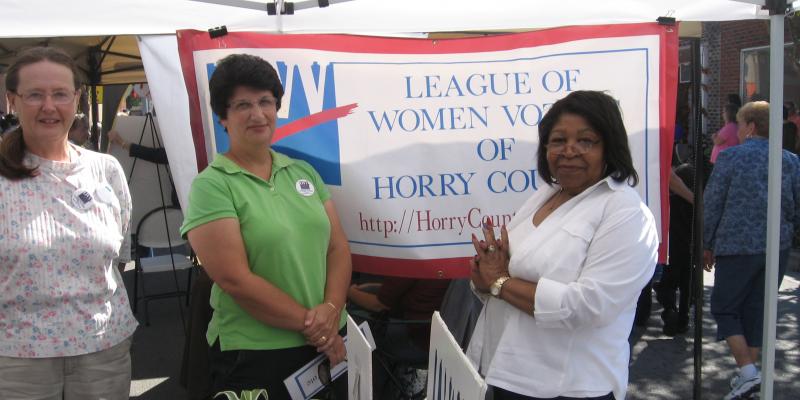 Check out our Calendar for upcoming events!

The League of Women Voters is a nonpartisan political organization encouraging informed and active participation in government. We influence public policy through education and advocacy. 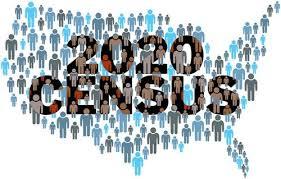 More than half of U.S. households have responded to the 2020 census, and 48.1% have filled it out in South Carolina. As of April 25, 53.2%, or a total of 78.7 million households, have completed the census online, by phone or by mail. The largest share of respondents — 45.3% — have responded online. S.C.’s response rate, which represents 1.2 million households, sits at 40th in the country, tied with Louisiana.

Join us in celebrating 100 years of the League and it's work! 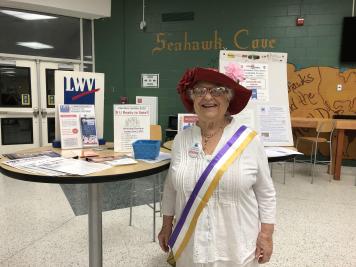 Valerie's sash shows off the colors of the American suffrage movement: purple for loyalty and dignity, white for purity, and gold for hope.

League of Women Voters of US

League of Women Voters of SC