Looking Back, Moving Forward - Women Power the Vote! We Celebrate Suffrage and the League!

Looking Back, Moving Forward - Women Power the Vote! We Celebrate Suffrage and the League! 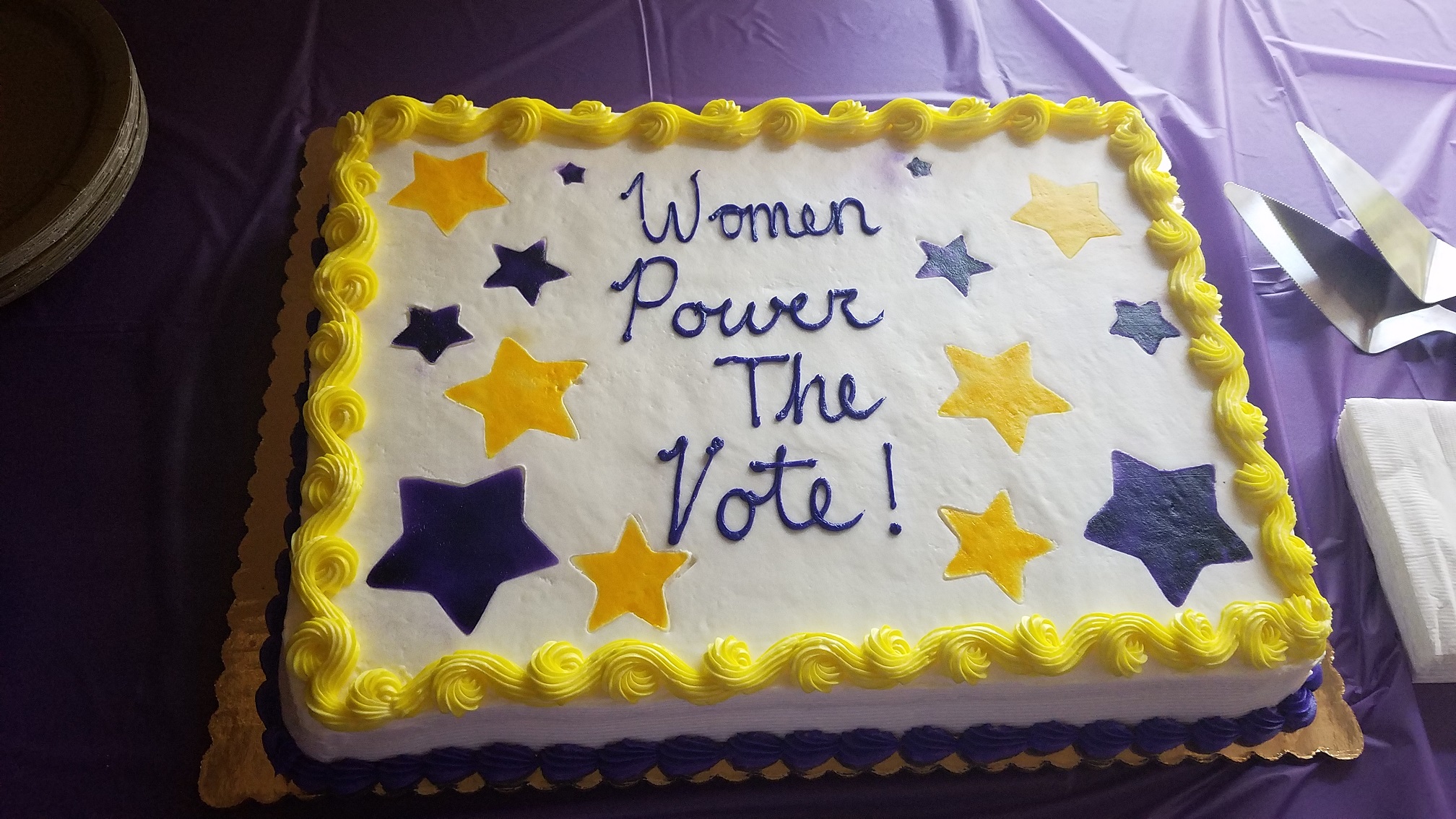 Celebrate with us as we commemorate the 100th anniversary of passing the Nineteenth Amendment, and the 100th birthday of the League of Women Voters on February 14, 2020.

Our special year began with a 19th Amendment party on August 24, 2019. In addition to the the lovely cake (photo above), we had an informative talk on the diverse group of women who fought for the vote, sometimes well after the passage of the 19th Amendment. Some of presenter Shawn Gilbert's group of courageous women are featured on our “Suffragists You Need to Meet”  page. The list will grow as we add photos and biographies of many lesser-known heroines!

LWVUS has called a League-wide Day of Action for February 14, 2020, with the theme of ‘Women Power the Vote’. The day will focuse on redistricting, a priority issue for Leagues across the country.

On this page, you'll find information and links for activities related to women's equality, women's suffrage, and the anniversaries of the 19th Amendment and the founding of the League of Women Voters.

Still a Work in Progress -- but here it is!

An album of photos from our trip to Sacramento to celebrate California ratifying the 19th Amendment.