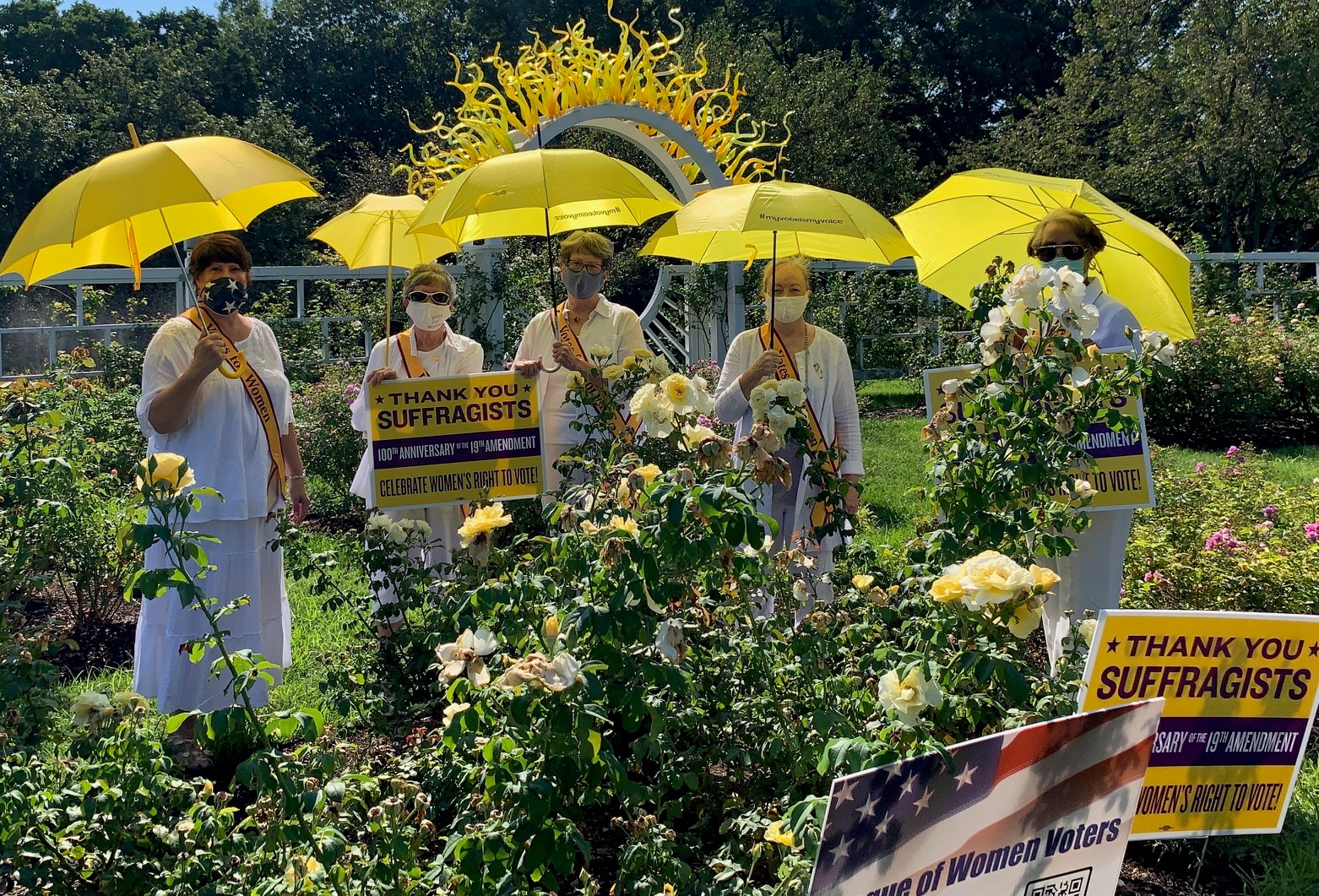 The League was officially founded in 1920, just six months before the 19th amendment was ratified and women won the vote. Formed by the suffragists of the National American Woman Suffrage Association, the League began as a "mighty political experiment" designed to help 20 million women carry out their new responsibilities as voters.

After it passed in the House and Senate, the final hurdle for the 19th Amendment was ratification by the states. As anti-suffrage groups still fought to oppose ratification, suffrage leaders mobilized to continue their pressure campaign in the states. Finally, the Amendment was ratified in Tennessee and officially made law on August 26. Our League celebrated with a variety of activities, including a media event at the Missouri History Museum, St. Louis City and County proclamations, the Missouri Botanical Garden designing a yellow rose as the "Suffrage Rose," and the St. Louis Wheel lit in suffrage colors (purple, yellow and white).

Resources on Women Fighting for the Right to Vote

‘When Women Got the Right to Vote: History, Myth & Mystery’ by National WWI Museum and Monument

"Crusade for the Vote" from the National Women's History Museum