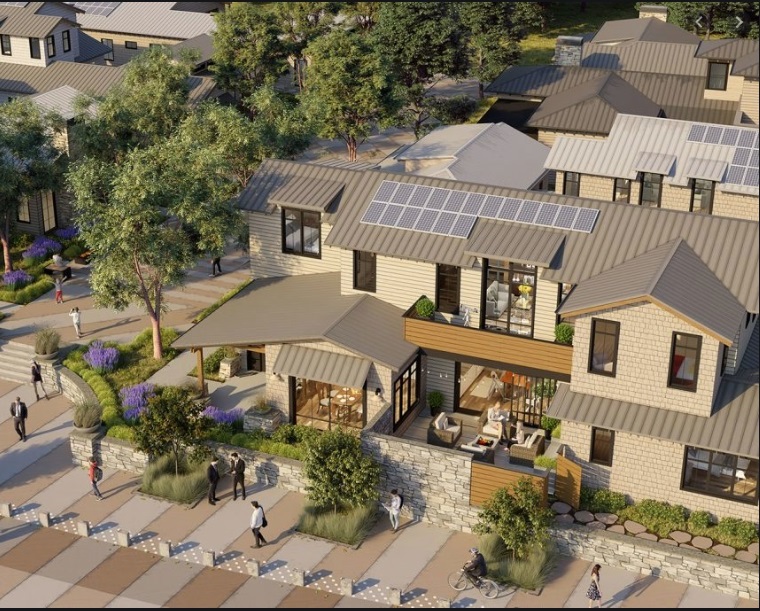 The definition of an understatement - Housing is a complex issue.

On Thursday, February 13, 2020, the respected New York Times used Lafayette’s controversial The Terraces/Deer Hill development, opposed by the citizen group "Save Lafayette, as a poster child to ask – how does a community do its part to address California’s housing need and can it or should it strive to maintain the character of its community?

The New York Times article highlighted a complex problem and an underlying question – does affordable housing necessitate changing the character of a community or, said differently, how does local control work with increasing housing units?

In 2013, directed by the City Council, then Lafayette City Manager, Steve Falk, negotiated a  multi-family 315 unit project (The Terraces) down to a 44 single family unit project (The Homes of Deer Hill). This was thought by some to better retain the semi-rural character of Lafayette. The smaller project included walking access to the nearby elementary school, a bike path to downtown and public transportation, a tot lot, a dog park, a soccer/lacrosse field, and public parking.

Everyone objected to something. For housing advocates, it was an 85% reduction in housing units. For neighbors, it was an unacceptable change to the character of the neighborhood. Everyone feared an increase in traffic, as the property is adjacent to a busy transportation corridor and Lafayette residents consistently decry a lack of parking and over-crowded roads. There is still no housing on that property. On February 24, the Council again discussed the current proposal.

There is another wrinkle when thinking about the housing shortage. Housing is tied to economic inequality, social justice, and local control, but if approved housing projects displace businesses like your corner gas station, your dentist’s office, or your local retail store, what happens to the livelihoods of the people who worked at those businesses?

Lafayette leadership has proactively gone to the state legislature. They made three fundamental and important points: 1) Lafayette is committed to increasing available housing, especially in the lower income affordable housing sector; 2) Lafayette can approve projects but developers build them, and that is driven by the market; 3) the legislature can help by offering funding and building incentives, differentiating between requirements placed on large and small cities, protecting local jobs, and allowing cities to offer affordable units to their current work force.

It will take everyone working together to solve this crisis – the California Legislature, city leadership, developers, and residents.

Diablo Valley
The LWVDV supports the use of city and County general plans as the guide to land use in the respective areas.

Diablo Valley
The LWVDV supports controlled growth of local cities and towns with concern for the physical character of the area, including support for specific measures in individual communities.
This article is related to which committees:
LWV Diablo Valley Observer Corps
League to which this content belongs:
Diablo Valley