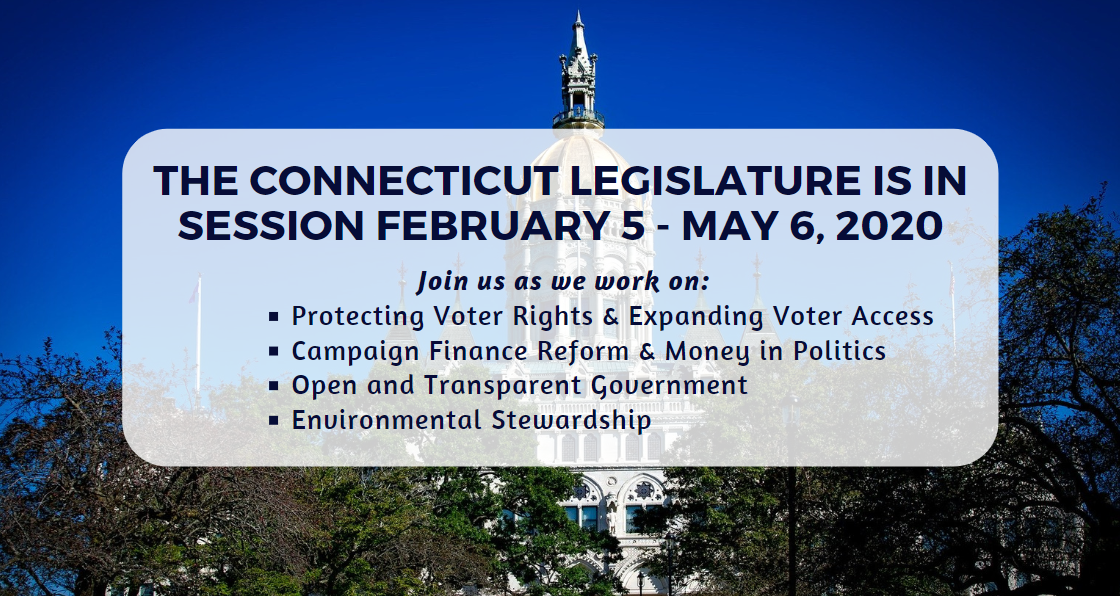 Stay tuned for our goals regarding:

The League of Women Voters of Connecticut has a Public Issues Team of specialists on several topics, mostly related to Government & Election Law. We depend on our members and friends to back up our positions when necessary by reaching out to their own legislators when the time comes to push for particular bills. LWVCT holds an annual orientation and training day for PI Team members, with remarks from staff of legislature and administration. League members and allies are invited to attend. For those with day jobs, we offer this video segment of the 3+ hour Advocacy Day 2020.

The 2019 Legislative Priority Issues were:

As the 2019 General Assembly session got underway on January 9, 2019, the League was ready to launch our Advocacy efforts on our priority issues.  In addition, our Public Issues Team had been monitoring legislation in other LWVCT issue areas to keep us informed and up to date on any important new laws being proposed.

LWVCT LOBBY DAY was a success.  Representative Michael Winkler sponsored LWVCT and Secretary of the State Denise Merrill spoke to the activists assembled there.  Picture from Lobby Day with LWVCT Lobbyists Judy Blei and Mary Grace Peak and League members wait to speak to legislators about Early Voting.

LWVCT urged Governor Lamont to include automatic voter registration when there was a special session of the General Assembly.  Unfortunately, the special session did not happen.

Legislative update:  SB641 was not brought up for a vote in the House after the Senate last minute passage.  CEP remains unchanged as of now.  The League of Women Voters in CT, Common Cause in CT and CT Citizen Action group call on the House of Representatives and the Governor to discard the 11th hour on June 4 attack on the integrity of the Citizens’ Election Program.

The LWVCT Board established four priority areas for our legislative work this session.  Here is a summary of the bills our Legislative Specialists Yvonne Senturia, Pam Klem, Pua Ford, and Kathy Golas have been following.

Call to Action on Priority Issues.pdf

We will be following up on our action from last year, particularly in some key areas:

TAKE ACTION FOR THE LEAGUE

Add your voice to LWV's advocacy campaigns! Fill out the online form or mail in this form to be a 10-Minute Activist.

Sign up here to support LWV advocacy initiatives in advocacy areas of interest to you! Once you sign up, you will receive notices from LWVCT about activity in your areas of interest and calls to action related to your interests. In addition, we are creating a list of LWV members who are willing to make constituent calls.

Constituent Calls are the most effective way to effect legislation. You will be given talking points and asked to call your legislator to support or oppose upcoming legislation.

NPV Passes in Connecticut on May 5, 2018.  See https://www.nationalpopularvote.com/state/ct for more details.