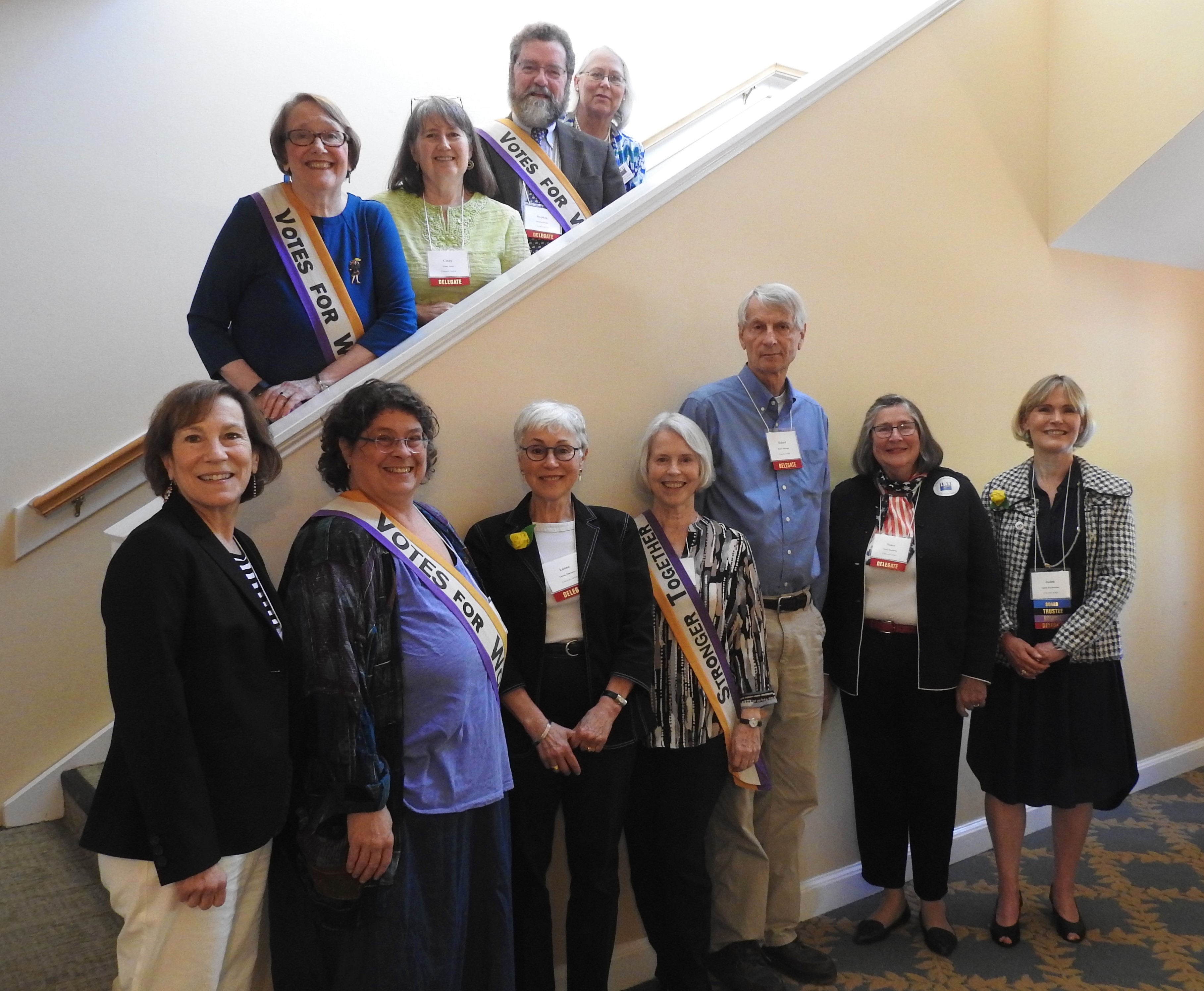 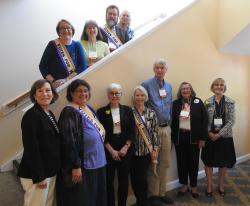 On June 7 and 8, 2019, over 100 Massachusetts League of Women Voters members (including 10 from LWVCC) from more than 33 towns and cities across the state gathered at the Westford Regency Inn in Westford, MA, for two days of fun, education, collaboration, and planning. The LWVMA’s biennial meeting went off without a hitch, and those who attended received special information or guidance for the years ahead. Plus, the food and facilities were very fine.

Mr. McKibben related his personal experience seeing a rapidly melting Greenland glacier on a poetry expedition. He brought two young poets to the glacier: an indigenous from the north of Greenland and a Pacific Islander from the Marshall Islands, whose poem was about her island disappearing under the rising sea. 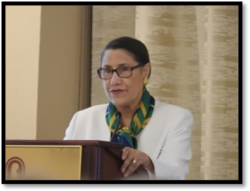 Professor Higginbotham challenged the audience’s perception of the history of African-American suffrage in the U.S. She noted that the women’s suffrage movement teaches us lessons about democracy, of victory and defeat, of sisterhood challenges and rewards, and about the power of activism. Professor Higginbotham researched the history of black women during the suffrage movement. She found that excluded communities like black women did not just sit around waiting to be included in the white women’s suffrage movement; rather, they built their own institutions. 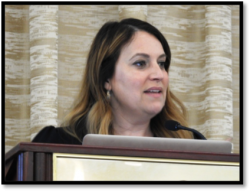 Ms. Kase focused her remarks on the power of women, saying we must fight for good government. She relayed her personal experience representing the national League of Women Voters at a civil disobedience protest during the Kavanaugh US Supreme Court confirmation hearings. 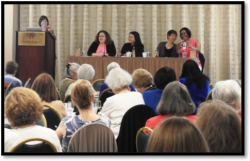 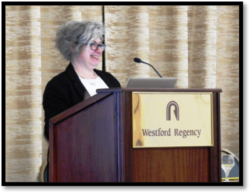 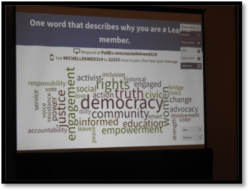 ”Why are you a League Member?” word cloud

Ms. Kweder began the session with a League word cloud, developed by the Convention attendees using their smartphones. She provided a highlight of her background and vision for LWVMA, which includes a focus on Diversity, Equity, and Inclusion, as well as the upcoming 100th Anniversary celebration events. During a question and answer period, Ms. Kweder reminded the League members to stick to their policy positions, which have been honed and polished over time, as a bulwark against claims of partisanship for this non-partisan League.

LWVCC member Judy Zaunbrecher moderated the election technology panel, consisting of a State Elections Office lawyer, an MIT political science professor, and an elections field guide designer. The panel explained the field of election security and its close relation to cybersecurity. Requiring cybersecurity training of all election workers may seem extreme, but the panelists took the collective view that the challenge of protecting the election infrastructure, in all its parts, is necessary to preserve the integrity of the process. Equally important are the history of voting, the use of a long ballot, and the design of the ballot.  Optimally designing the voting process is crucial to make it easy to vote; this makes democracy a design problem which, according to the panelists, is one that depends heavily on trusted relationships, easy voter access, and clear information. 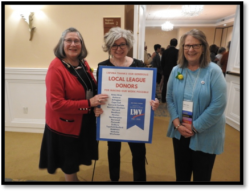 The business portion of the State Convention ran smoothly. In the first Plenary Session, credentials were reported, convention rules were adopted, voting cards were distributed, and resolutions were read.  LWVMA President Mary Ann Ashton read the roll of League donors, noting the LWVCC’s donation in honor of long-time League member and environmentalist Marian Thornton, who passed away in early 2019. 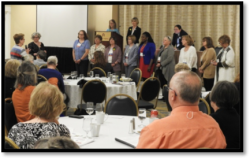 The LWVMA board taking direction from the members

During the Second Plenary Session Ashton led the discussion on the treasurer’s report and the Scharfman Fund report.  The membership as a whole passed the Budget, the Bylaws amendments, the Ballot Question Study position, the Program for 2019-2021, and the slate of incoming officers. Two resolutions were offered: 1) Declaring a climate emergency (adopted); and 2) Making the name of the League gender-neutral (the Resolutions Committee ruled it was not appropriate for consideration, and the Convention voted not to consider it). Following the remarks of the new co-Presidents, Mary Ann Ashton and Judy Zaunbrecher, the newly-elected Board of Directors took directions from the members on the floor. Finally, the convention was adjourned. Karlen Reed