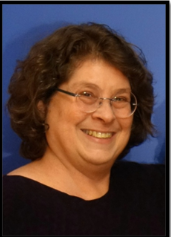 Guest commentary: Speak up and be heard

The League of Women Voters uses a nonpartisan, fact-based procedure for reaching a consensus of its members before adopting a formal position on any issue. In 1972, before the Supreme Court decided Roe v. Wade recognizing a woman’s right to choose, the League of Women Voters of Massachusetts adopted a position supporting the freedom of individuals to make informed reproductive decisions based on their convictions and beliefs.

Many of us believed that the right of women to make decisions about their health care was protected at the national level. Many became complacent and so did not focus on Massachusetts laws.

Given the real possibility that federal protections may be dismantled by the current Supreme Court, the League believes it is crucial that the Legislature take steps promptly to safeguard these vital rights in Massachusetts.

H.3320 and S.1209, referred to collectively as The ROE Act, are pending in the Legislature. The ROE Act is designed to ensure that women in Massachusetts have full access to women’s health care. The ROE Act would add a diagnosis of a fatal fetal anomaly as a reason for an abortion after 24 weeks, remove the requirement that minors have either parental or judicial consent for an abortion, and establish safety-net coverage for abortion for people excluded from MassHealth. Such coverage already exists for all other pregnancy-related care.

The Massachusetts section of the American College of Obstetricians and Gynecologists has urged passage of the ROE Act, noting, “By codifying the right to abortion in the commonwealth, the ROE Act would ensure that Massachusetts remains a safe haven for women in need of the full range of reproductive interventions. And by repealing the current medically unjustified barriers to safe, legal abortion, the ROE Act would ensure that safe, legal abortion is available to all Massachusetts women, even if federal protections are undermined or eliminated.”

There are few subjects which engender such strong feelings. It is important that we respect each other’s views, but at this time we must act to guarantee that women in Massachusetts are able to obtain the health care to which they are entitled.

Both Sen. Michael J. Barrett and Rep. Tami L. Gouveia are sponsors of the ROE Act. They need to know that we support their efforts. Your call or email provides both confirmation that they are doing what their constituents want and proof of constituent backing they can show to other legislators. The League of Women Voters of Concord-Carlisle urges citizens to speak up and be heard on this critical issue.

The League of Women Voters of Massachusetts position on reproductive choice can be found at https://www.LWVMA.org.

League of Women Voters of Concord-Carlisle