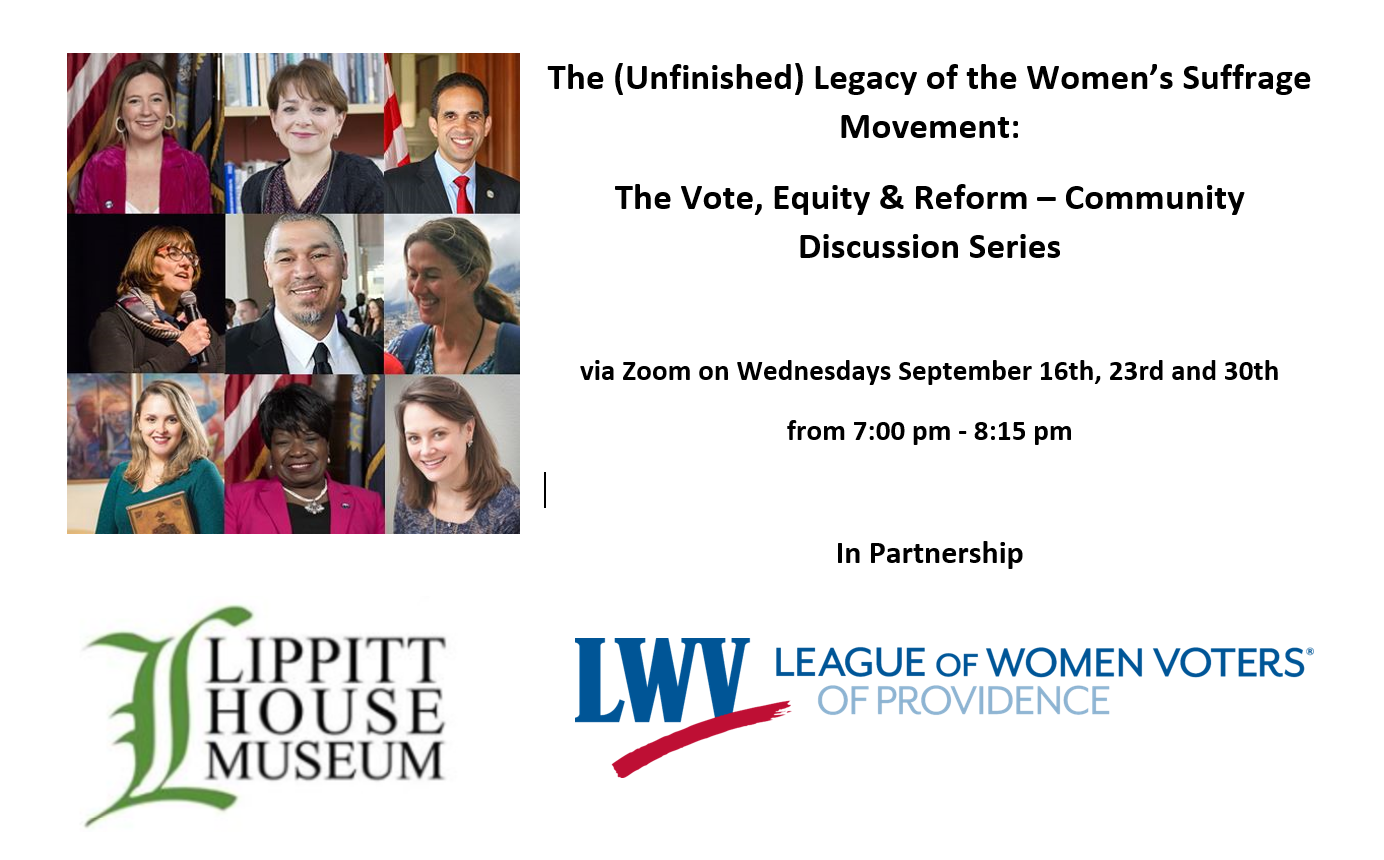 This year is the 100th anniversary of the ratification of the 19th Amendment which made it illegal to prevent a woman from voting based on her sex. But in the last 100 years, what progress has been made on the issues promoted by suffragists-not only voting access but also criminal justice reform and equity in the workplace? The 2020 community discussion series, a partnership between Lippitt House Museum the Providence League of Women Voters, will address issues suffragists fought for through an equity lens and ask how can we take action and promote change on matters still important 100 years later. The suffragists’ activist legacy is still relevant for America today. The work isn’t done—we’re still at!

Originally scheduled for March, the three discussions will all be held remotely via Zoom on Wednesdays September 16th, 23rd and 30th
from 7:00 pm - 8:15 pm. The sessions are free but preregistration is required
Links to the Presenter's bios and recordings of the event (when available) will be found by following the event links below. The video recordings may also be found on the Preserve Rhode Island YouTube Channel.