History of League of Women Voters

History of League of Women Voters 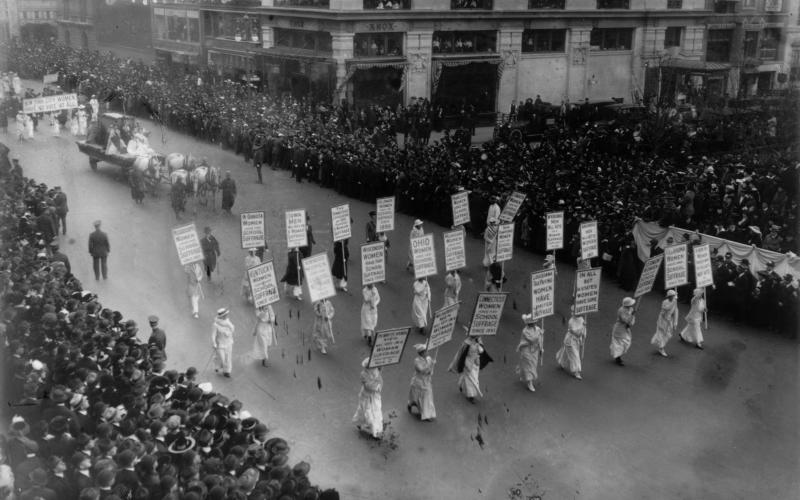 What is the History of the League of Women Voters?

The League of Women Voters started after women got the right to vote.

The League in Delaware

The League of Women Voters of Delaware was founded in 1921 with members from Dover, Middletown, Milford, Smyrna, Delmar, Georgetown and Newark. The new state League held its first Convention in 1923; its early activities included voters service, work toward abolition of child labor and support of school construction. However, the League disbanded a few years later, then was reestablished in 1953 with the formation of the Newark and Wilmington Leagues. The Laurel League was formed in 1957 and reorganized as the Sussex County League in 1976. The Dover League, recognized in 1966, became the Kent County League in 2008. The Wilmington and Newark Leagues merged in 1994 to become the New Castle County League.

The League of Women Voters of Delaware (LWVDE) was recognized by the League of Women Voters of the United States at Convention March 29, 1958. Its first study, "An Evaluation of the Financial System of the State of Delaware," resulted in a position announced in April 1961, "Support of measures which promote the needs of a growing state." A study of the fiscal aspects of education resulted in a position favoring equalization of school support and increased funding for public schools. The League's Voter's Guide begun in 1960 was a highly respected pre-election supplement in the News Journal until 1998 when the paper began its own version.

The first version of the Delaware Government book was published in 1976 and after many revisions is now available through the LWVDE website. Since the 1970s, LWVDE and its members have worked effectively on educating the public about candidates and elections and advocating for numerous important legislative changes including open government, equal rights for all, renewable energy, recycling, affordable housing, the improvements in the criminal justice system and the quality of health care.

In her address to the National American Woman Suffrage Association's (NAWSA) 50th convention in St. Louis, Missouri, President Carrie Chapman Catt, pictured on the left, proposed the creation of a "league of women voters to finish the fight and aid in the reconstruction of the nation."  Women Voters was formed within the NAWSA, composed of the organizations in the states where suffrage had already been attained.

The next year, on February 14, 1920 - six months before the 19th amendment to the Constitution was ratified - the League was formally organized in Chicago as the national League of Women Voters. Catt described the purpose of the new organization:

"The League of Women Voters is not to dissolve any present organization but to unite all existing organizations of women who believe in its principles.  It is not to lure women from partisanship but to combine them in an effort for legislation which will protect coming movements, which we cannot even foretell, from suffering the untoward conditions which have hindered for so long the coming of equal suffrage.  Are the women of the United States big enough to see their opportunity?"

See also League History from the League of Women Voters of the US.