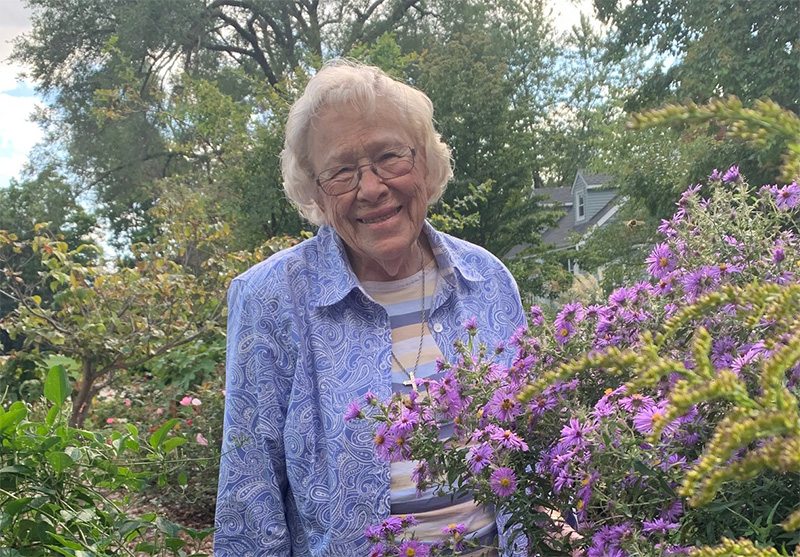 Type:
Member's Spotlight
The Wheaton League of Women Voters is excited to welcome former mayor of Warrenville, Vivian Lund, as our newest member of the League!
Vivian said that she has "always admired the efforts of the Wheaton League including our candidate forums". She added that she is "impressed by the efforts taken by the League to make sure voters have all the information they need to cast an informed ballot."
Vivian said that she joined the League because ,“I want to be part of the (voting) effort for the 2020 elections and do as much as I can to encourage all citizens to become informed and vote. It is our patriotic duty to vote. Our whole system depends on an informed vote."  Vivian plans to become a voter registrar.
Vivian, who proudly states she is 91 years old, retired in 2005. Vivian was Mayor of Warrenville for 20 years. Prior to that, she was an Alderman for five terms.
Welcome, Vivian!
League to which this content belongs:
Wheaton, Illinois