League in the Spotlight: LWV of Greater Green Bay

League in the Spotlight: LWV of Greater Green Bay 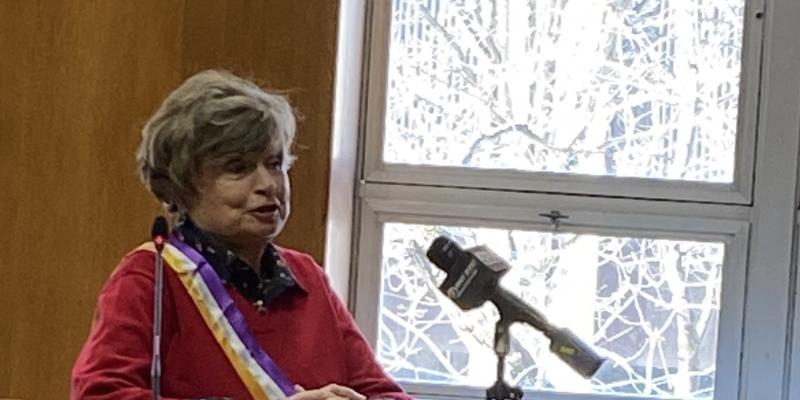 In honor of Women’s History Month, The National Foundation for Women Legislators launched a proclamation in 2017 declaring every March 19th “Celebrating Women in Public Office Day.”  It has since been adopted by 18 state legislatures, including in Wisconsin.

We encourage local Leagues to use this day to identify and celebrate locally-elected women officials in your communities, past and present, and to explain the importance of having women in elected public policy-making positions. LWV GREATER GREEN BAY recently asked the Wisconsin Women’s Council to provide them with historical and current statistics on Wisconsin women elected to public office in Brown County. They then used this information to inform their February Women

Power the Vote - Day of Action Event, during which they gave recognition to local women leaders in public service.

The Wisconsin Women’s Council’s mission is “ ...to empower women, serve as a clearinghouse for information on programs and resources, conduct research on the status of women, and engage in unique partnerships to address barriers and inequalities affecting Wisconsin women.” The 15 member Council is appointed by the Governor and Legislative leaders. Contact Executive Director Christine Lidbury, christine.lidbury [at] wi.gov, to learn how the Council can be a resource for your League.