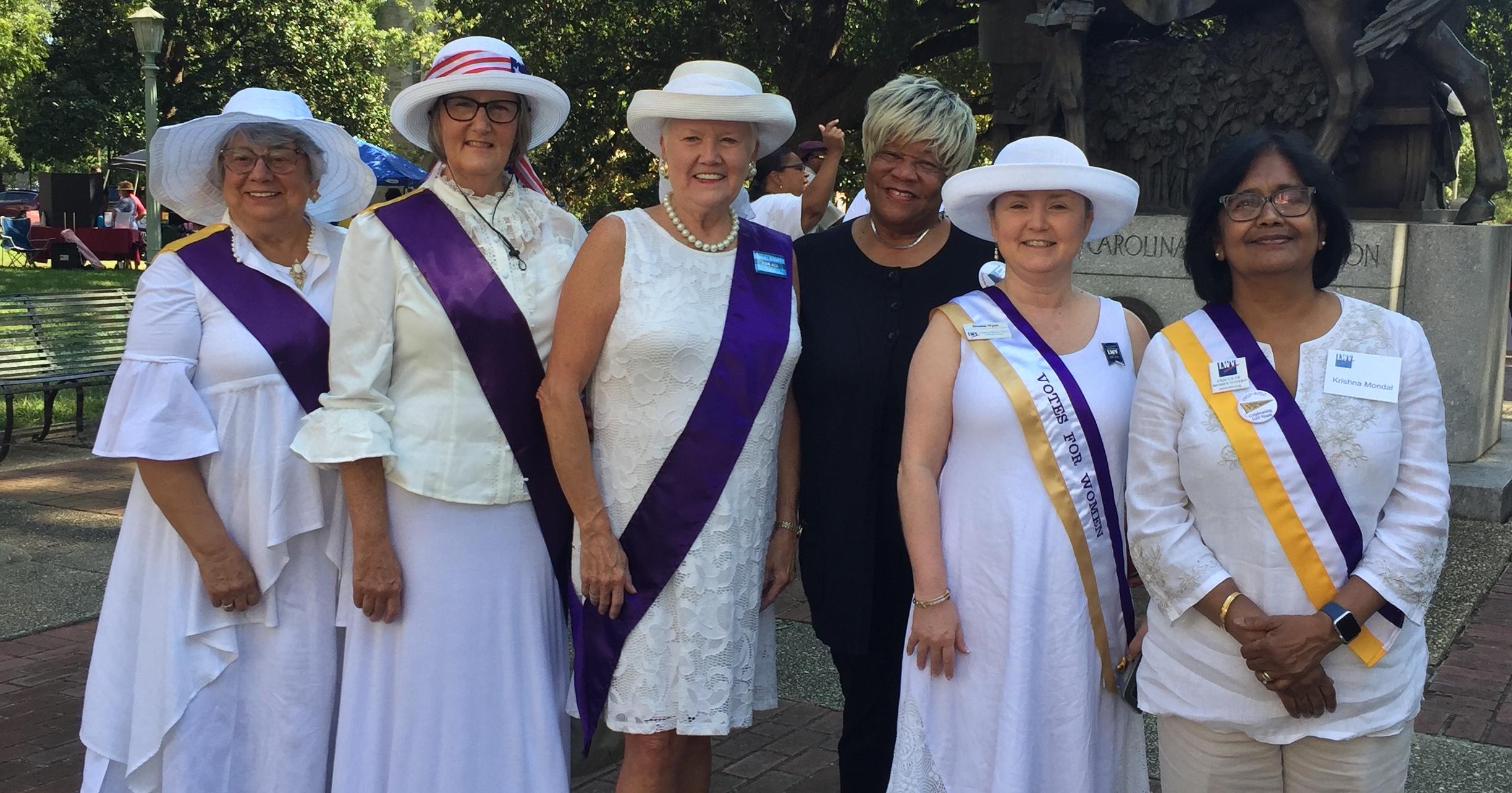 The purpose of the League of Women Voters is to promote political responsibility through informed and active participation in government at all levels.

The League of Women Voters is nonpartisan in that it does not support or oppose any political party of candidate. The League takes positions on selected governmental and other issues after study and consensus. The League recognizes the role of political parties in government and believes that participation in the activities of parties is an essential ingredient of citizen responsibility. While the LWVNC urges its members to be politically active, certain constraints are necessary to maintain the nonpartisanship of the League as an organization and its tax exempt status.

The League of Women Voters has two separate and distinct roles:

The purpose of the LWVNC Advocacy (LWVNCA) is to influence policy for proposed or current legislation related to positions adopted by LWVNC or LWVUS. The LWVNCA is a 501(c)(4) organization that does not support or oppose any political party or candidate. Contributions made to LWVNCA are not tax deductible.

League action occurs at every level of government after members reach a position on an issue. A League “position” is defined as: (1) a set of guidelines by which proposed government action can be measured; or (2) an expression of League goals against which proposed government action can be evaluated. League boards, with guidance from the membership, can then study proposed legislation or regulations, and have the flexibility to work with others to achieve our goals. The League board decides whether to support or oppose proposed measures on specific issues. Below you will find our policy positions, approved in 2019.

The History of the League

Since its inception, the League has helped millions of women and men become informed participants in government. In fact, the first League convention voted 69 separate items as statements of principle and recommendations for legislation. Among them were protection for women and children, the rights of working women, food supply and demand, social hygiene, the legal status of women, and American citizenship.