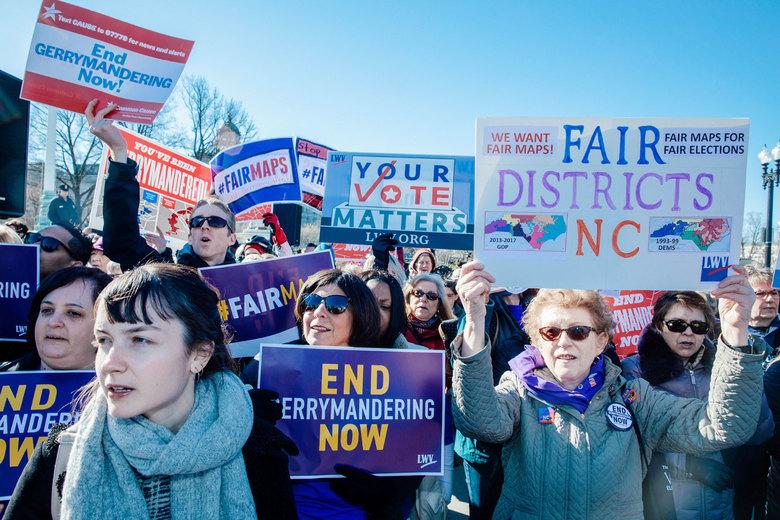 Join Fair Districts NC to get reasonable Redistricting Reform in time for the 2021 Redrawing!

When politicians draw their own districts, we, the voters, lose! Naturally, they draw safe districts for themselves and their party. That’s called gerrymandering. When one party is in charge of drawing the maps, they can rig election outcomes so that the winners of most seats are predetermined and their party is all but guaranteed to keep the majority. As a result, gerrymandering undercuts accountability to the voters, the very essence of democracy.

We’re approaching a critical period:  In 2021, we’ll redraw our state and local districts for the next decade. We don’t want another decade of gerrymandered districts. Your help is urgently needed to achieve reform that puts voters, not politicians in charge of the redrawing.

The best solution, being adopted by states across the country, is a citizens’ commission that draws the maps in an open, participatory process, following strict criteria, and limiting the role of the legislature. Our coalition, Fair Districts NC, is working to educate voters and promote reform. Please join us!

The strength of the League is in its 17 local Leagues, from Henderson and Asheville in the west to Lower Cape Fear, Carteret, Dare, and NE (centered in Elizabeth City) on the coast. Most of the Leagues have a redistricting team, organizing public education programs and working with their elected officials. We're happy to highlight their work. What a great team!

Submitted by North Carolina in November 2020.

With the 2020 election behind us (thankfully), the Democratic and Republican legislative caucuses are getting down to business, electing their leadership teams and setting the legislative agenda.

Racism and Redistricting: How Unfair Maps Impact Communities of Color

Submitted by North Carolina in September 2020.

On October 8, the League of Women Voters of the United States, along with the Georgia, North Carolina, and Virginia Leagues, will host a discussion on the triple threat posed to our democracy by systemic racism, rigged maps, and the resulting dist

Redistricting Reform in the South Webinar

How are our fellow Southern states faring in the fight for fair maps? What can we learn from their experience as we get closer and closer to next year's redistricting extravaganza? 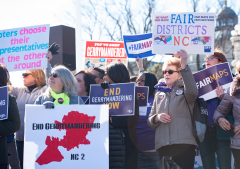 A new report from the League of Women Voters of Wake County details the cost of unfair redistricting in the state and provides recommendations for a transparent map-drawing process.

How Does Gerrymandering Work?

The Fair Elections Roundtable works to make voting fair and accessible to all citizens. Currently, the focus of the roundtable centers on two issues:  gerrymandering and voter access. 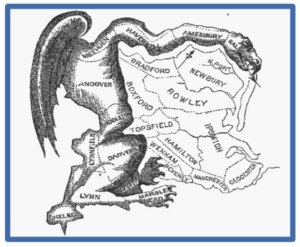 Gerrymandering is the drawing of political districts for partisan advantage. It enables the party in charge to draw electoral maps that ensure they will win a larger share of seats than their share of the votes. Read more to learn the basics of gerrymandering.

Imagine a town with two parties: the Stripers and the Dotters. The two parties compete for the town council’s five seats, each elected from its own district. Their town has 50 voters, 20 in the Striper Party and 30 in the Dotter Party. Due to a new census showing population shifts, they need to redraw the council districts. Read more to see our example.

Political and racial gerrymandering distorts and undermines representative democracy. It allows officials to choose their voters rather than voters choosing who represents them. Especially when done for purposes of racial discrimination and/or to ensure the dominance of one political party, gerrymandering runs counter to equal voting rights for all.

Responsibility for redistricting preferably should be vested in an independent special commission, with membership that reflects the diversity of the unit of government, including citizens at large, representatives of public interest groups, and members of minority groups.