The League of Women Voters started after women got the right to vote. 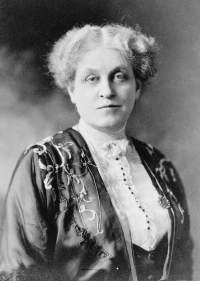 Although women of color have always made lasting contributions to women's suffrage and the women's movements, their work has been marginalized over LWV's history. "The Untold Story of Women of Color in the League of Women Voters" – written by Dr. Carolyn Jefferson-Jenkins, a North Carolina resident and former national president of LWVUS – adds a new dimension to the conversation. We encourage you to read this title.

See the History section of the League of Women Voters of the US website.