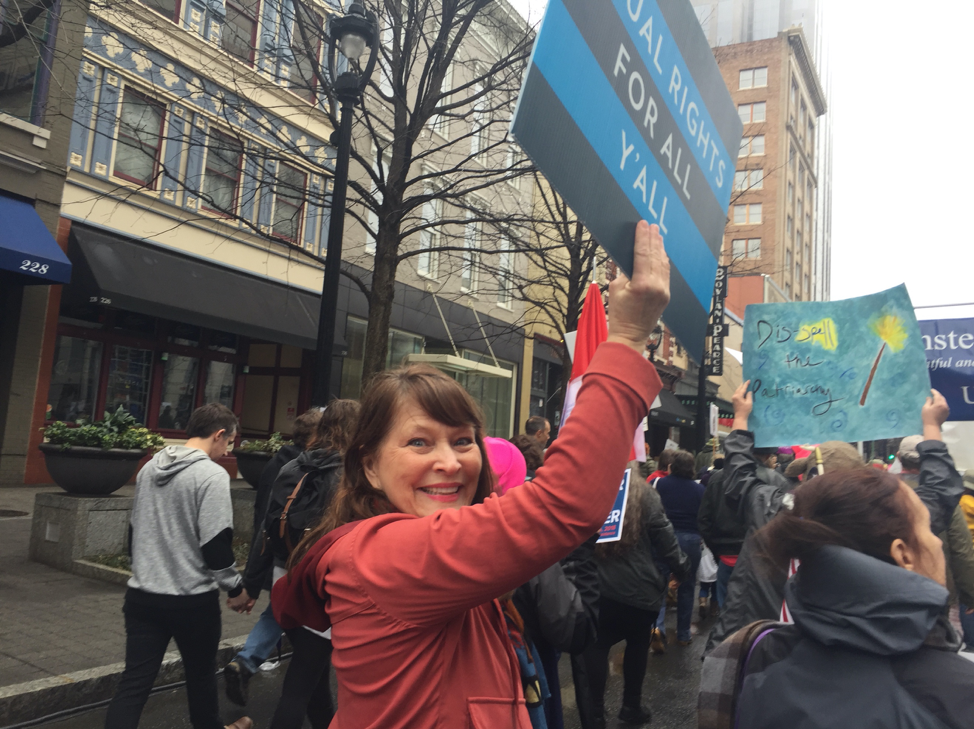 Type:
News
From ERA League Action Team Co-Chair Sherry MacQueen:
Remember how you felt after the 2016 elections? Most of us took to the streets in Women’s Marches from coast to coast. Why? Because we were afraid that all our good work related to equality and justice for women would be systematically undone by the new administration.

Do you remember the one or two issues that you were willing to defend? Was it access to affordable health care including birth control? Was it reproductive freedom? Was it gender equality? Was it racial justice? Was it equal pay for equal work? Was it protections for pregnant women in the workplace? Was it safety from harassment on the job or from a loved one at home? Were you worried about Title VII and IX being defunded or destroyed? We all have something we hold dear.

Mine is Equal Rights.
And we had very good reasons to be afraid. The things we feared the most are coming to fruition.
We cannot stand by and watch this happen. This is no time to give up or be complacent – it is the time to fight even harder to make sure that this administration does not kill the ERA. If you do nothing else this month to protect your rights and the rights of your daughters, send Senator Thom Tillis and Senator Richard Burr a handwritten (return address included) letter to ask that they support Senate Joint Resolution 6. According to Senate Republican Strategist Rob Epplin, it is the most effective thing you can do to get their attention.

Here's the address:
United States Senate
Washington, D.C. 20510
We hope that you will join our virtual Senate Letter Writing Party scheduled for Wednesday, July 15 at 6 pm. A link to the Zoom meeting will be provided upon request – %20sherrybmacqueen [at] gmail.com (email Sherry MacQueen).

Check out our Virtual Lobbying Kit, with sample letters, writing tips, and information about the history of the ERA.
This article is related to which committees:
Equal Rights Amendment
League to which this content belongs:
North Carolina