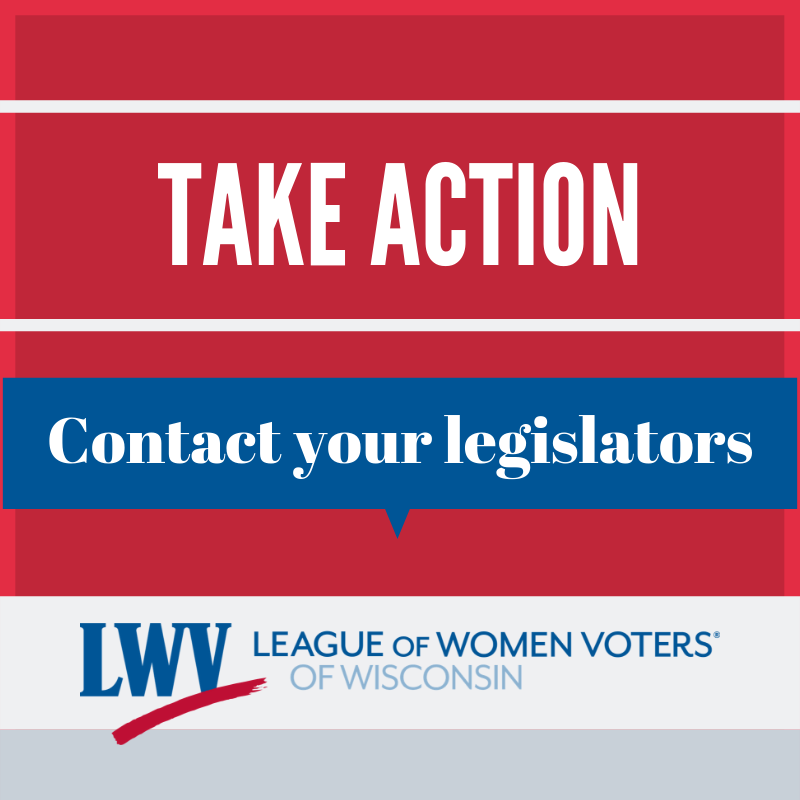 If Wisconsin is going to begin to address the growing problem of managing disposable plastic waste, it is critically important that Assembly Committee on Local Government Chair Representative Todd Novak schedule a hearing on AB 177. AB 177 repeals 2015 Wisconsin Act 302 which limits the authority of local governments to regulate single-use, disposable plastic containers in their communities.

Contact your representatives in the state legislature to end plastic waste.Ask your Assembly Representative and State Senator to co-sponsor AB 177 to repeal restrictions on the authority of local governments to regulate single-use, disposable plastic containers, including disposable plastic water and soda bottles and plastic bags. Then email Rep.Novak@legis.wisconsin.gov and ask him to schedule a hearing on AB 177 to end plastic waste.

AB 177 was read for the first time April 18, 2019 and referred to the Committee on Local Government, chaired by Rep. Novak, Rep.Novak@legis.wisconsin.gov. He has not scheduled a hearing for AB 177.

“We are already unable to cope with the amount of plastic waste we generate, unless we rethink the way we manufacture, use and manage plastics.Ultimately, tackling one of the biggest environmental scourges of our time will require governments to regulate, businesses to innovate and individuals to act,” according to a 2018 report from the United Nations Environment Programme.

Positions referenced by this alert:

Wisconsin
Support of a physical environment beneficial to life; action to promote wise use of ground and surface water resources and improvement of water, air, and soil quality.
Issues referenced by this action alert:
Natural Resources