League in the Spotlight: LWV of Winnebago County

League in the Spotlight: LWV of Winnebago County

LWV of WINNEBAGO COUNTY raised its informed voice before the Winnebago County Board to advance a resolution to “Support the Creation of a Nonpartisan Procedure for the Preparation of Legislative and Congressional Redistricting Plans” and the effect was a game changer - one more Wisconsin county on record with a Fair Maps Resolution. 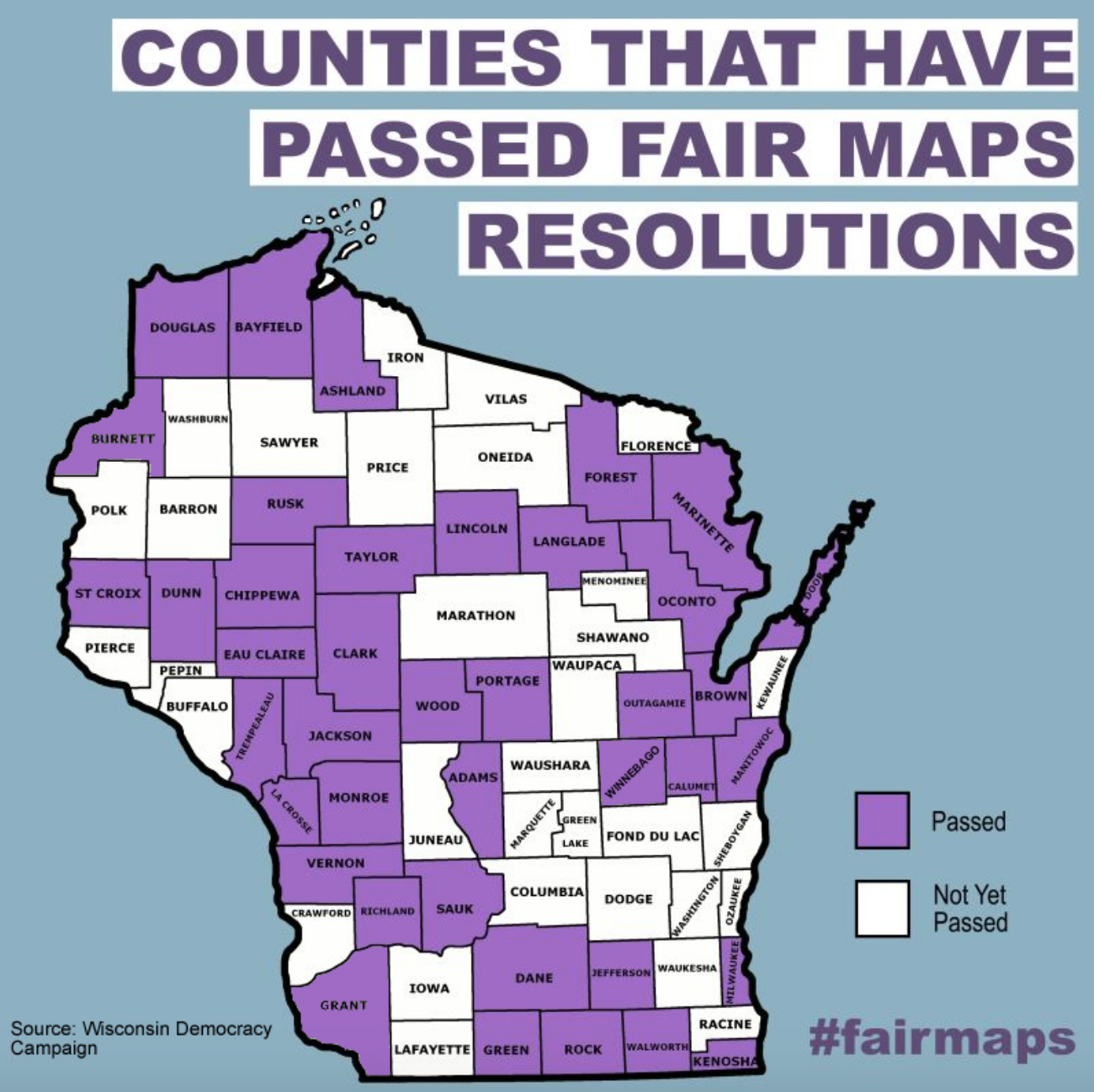 Winnebago League member Susan Curran said, “The resolution’s author intended to introduce the resolution at the June County Board meeting but hesitated because she did not believe it would get the necessary 2/3rds vote to pass.” Susan and fellow Leaguer Ann Marshall attended the meeting. Both were familiar with the issue and armed with facts supplied by the LWV WI and LWV US offices. They decided to present their information anyway during Public Comments and when the resolution came up on the agenda, the author told the supervisors that she had considered withdrawing the resolution, but changed her mind after hearing the League members’ presentation!

The County Board referred the resolution to the Legislative Committee for review.  A League member attended that meeting and once again urged support. The Legislative Committee sent the resolution back to the full board with their unanimous recommendation for passage and at the July Winnebago County Board meeting, Susan and Ann spoke again.  A voice vote was called and the resolution passed. Wisconsin is now 40 counties strong in demanding the fair drawing of political districts. This latest victory reminds us to never underestimate the power of our voice as informed League members.