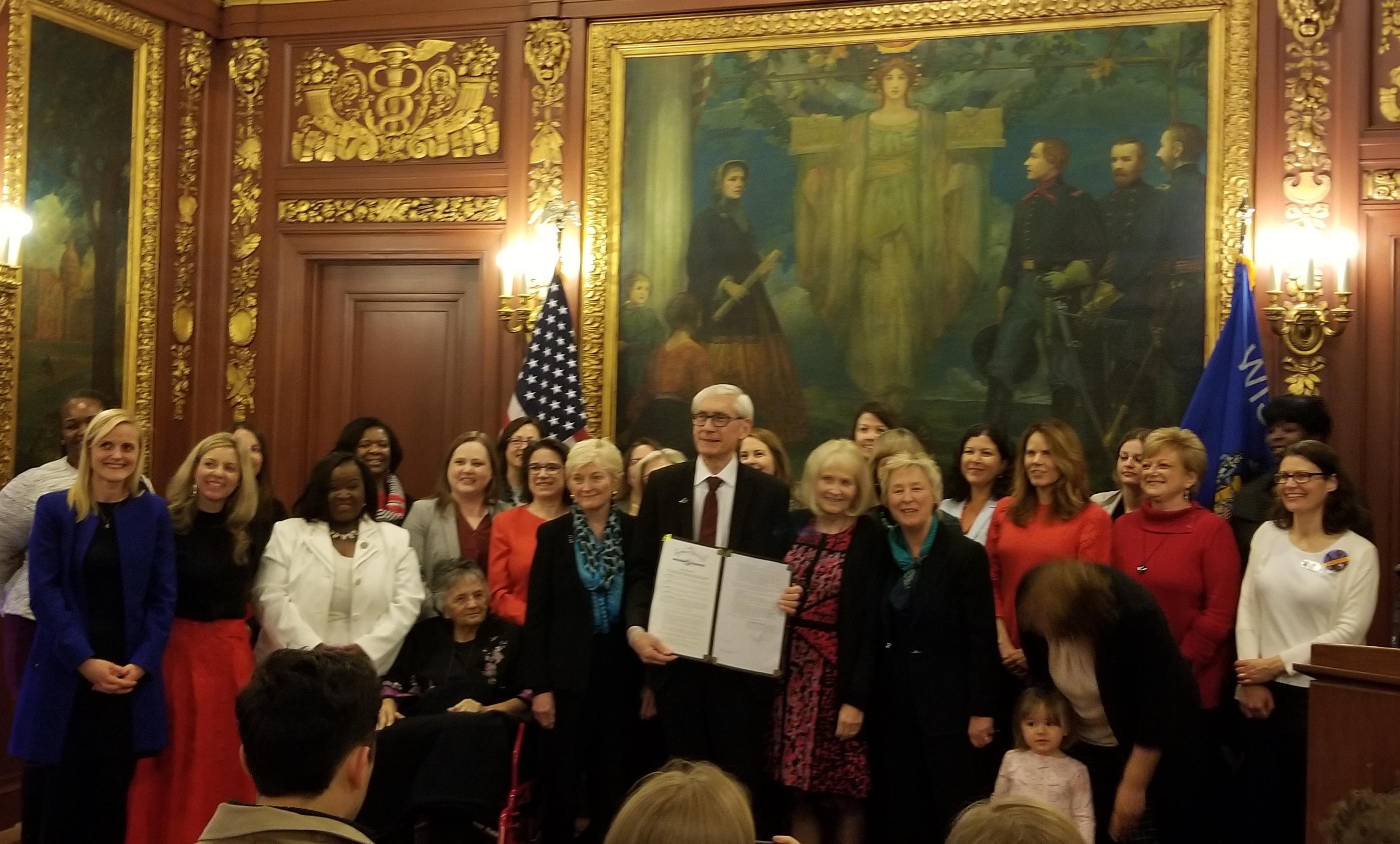 The League of Women Voters of Wisconsin is honored to be invited to serve on the committee to celebrate women’s suffrage and Wisconsin’s ratification of the 19th Amendment. Governor Evers signed Executive Order #19 to launch the committee chaired by First Lady, Kathy Evers.

On June 10, 1919, the Wisconsin legislature ratified the 19th Amendment and became the first state to deliver the certificate of ratification to the state department in DC. “Passage of the 19th Amendment is a legendary and multifaceted story. As we approach the 100th anniversary of women’s right to vote, one of the League’s goals is to shed light on Wisconsin’s role in that story. I look forward to celebrating Wisconsin’s historic, progressive past and serving on this committee with prominent women leaders in our state,” said Debra Cronmiller, LWVWI President.

“We recognize the importance and complexity of the the achievement of the 19th Amendment. And while we honor the struggles of the women who fought for this important right for over 70 years, we also recognize that for many women full voting rights were not given until 1965 with the passage of the Voting Rights Act. Some states denied rightful voters with poll taxes and literacy tests that excluded many citizens from casting ballots,” said Erin Grunze, LWVWI Executive Director. “This history is important to our conversations, advocacy, and plans that we make today as we look to the future of defending and expanding voting rights.”

Cronmiller will represent the League on this committee. The committee is tasked with creating activities and resources to inform the public about Wisconsin’s role in the movement for federal suffrage. League members attended last Thursday’s signing ceremony of Executive Order #19.

The League of Women Voters of Wisconsin is a nonprofit, nonpartisan political organization that advocates for informed and active participation in government. There are 20 local Leagues throughout Wisconsin. More information at lwvwi.org.