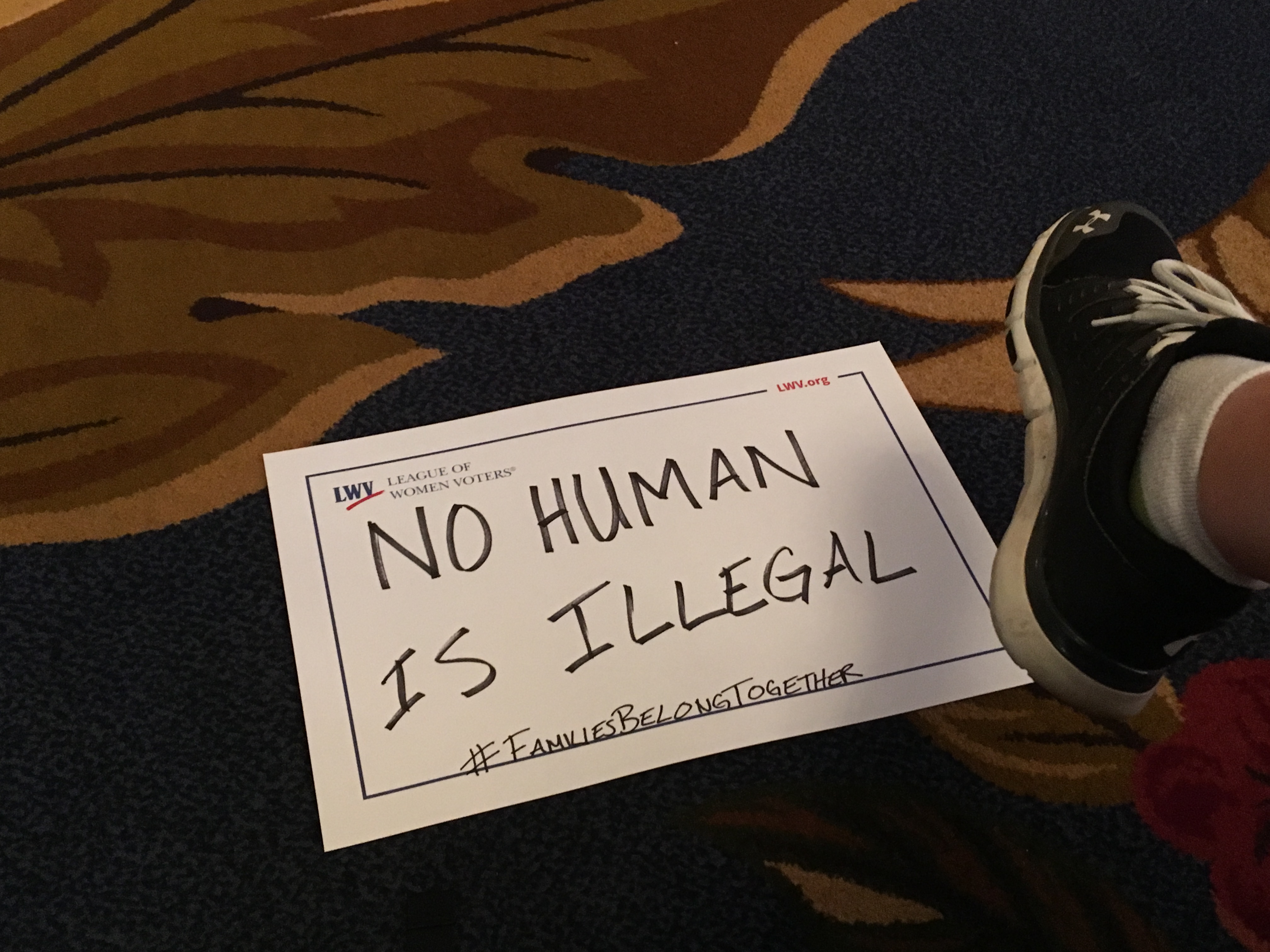 To: Senate Committee on Labor and Regulatory Reform

Re:  Opposition to Senate Bill 151

Relating to: prohibiting local ordinances, resolutions, and policies that prohibit the enforcement of federal or state law relating to illegal aliens or immigration status, authorizing certain elective officeholders to commence an enforcement action, providing a reduction in shared revenue payments, and creating governmental liability for damages caused by illegal aliens

The League of Women Voters of Wisconsin opposes SB 151 based on our long-held positions supporting equality and strong communities. Of the many unambiguous reasons to oppose this bill, three stand out.

SB 151 is an assault on our shared value of community.  Wisconsin municipalities and counties wisely follow public policies to protect vulnerable members of their communities who have come here to invest in our society with dreams of a secure future for themselves and their families.  Their ordinances, resolutions, and policies reflect the warm welcome of President George W. Bush in his 2001 inaugural address: “Americans are united across the generations by grand and enduring ideals. The grandest of these ideals is an unfolding promise that everyone belongs, that everyone deserves a chance, and that no insignificant person was ever born.  Our country has never been united by blood or birth or soil. We are bound by principles that move us beyond our backgrounds.”

Surely, that “unfolding promise that everyone belongs” has made our country benevolent, increasingly robust, and bound by democratic principles of diversity and inclusion. These are the very values that our local political subdivisions embrace in their ordinances, resolutions, and policies that prevent the fusion of local law enforcement and Immigration and Customs Enforcement (ICE) in detaining undocumented community members. Among us are undocumented Wisconsinites who have forged deep family and community connections. They work hard and pay taxes. Their daily lives--whether as formal citizens or not--are significant. Consequently, they should be treated fairly, so they can remain with their families, their places of worship, and their employers. We urge you not to penalize political subdivisions that are upholding vital American values and principles.

SB 151 would undermine public safety.  This legislation strains community relationships with local law enforcement and public health agencies. Public trust and safety are undeniably bound together. Examples are rife of how the increased fear of deportation forces many to avoid reporting crimes. Domestic abuse referrals decline, leaving victims at the hands of abusers. Employees in unsafe working conditions are silenced from speaking up by the fear of deportation and fears of deportation prevent people from seeking medical care, threatening our public health. For instance, we must not dissuade people from obtaining flu shots and vaccinations out of fear of deportation.

We are witnessing an unhealthy spiraling of racial intolerance, even among our children in school. If ours is a nation committed to fairness and equality, then President Bush was right that we are “bound by principles that move us beyond our backgrounds.”

SB 151 would damage our economy.  We currently have an extremely low unemployment rate, and there are many employers -- particularly in farming and food processing, as well as other low-wage industries -- finding it especially difficult to fill vacant positions. Forcibly removing undocumented workers will compel whole families to depart, including those legally present and employed. This will result in lost tax collections, lower social security payments and Medicaid contributions, and major business disruptions.

This legislation is punitive, and it violates a public order built on fairness, safety, and a strong economy. It is an affront to our common moral values, and we urge you to reject SB 151.

Issues referenced by this article:
Immigration
Immigration policies should promote reunification of immediate families; meet economic, business and employment needs; and be responsive to those facing political persecution or humanitarian crises.
League to which this content belongs:
Wisconsin