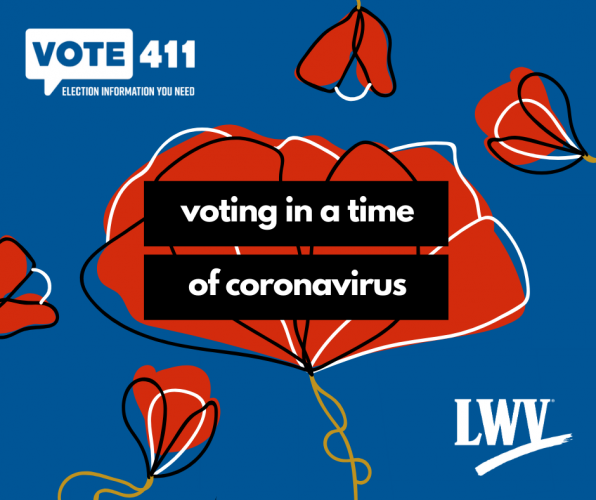 The groups, who respond to voters through social media and a phone hotline, reported widespread confusion and numerous obstacles to voting in that election. More than 240 voters called the hotline or asked for help online. After the election, more than 700 Wisconsin voters responded to a request for stories of their experience voting in April. More than 100 individuals - most of whom were fearful about contracting COVID-19 if they voted in person - reported that they were unable to cast their ballots at all.

“Wisconsin voters confirmed our fears about holding an election during the coronavirus pandemic. The entire process was riddled with problems that made it more confusing and more difficult for Wisconsinites to exercise their right to vote, leading to disenfranchisement across the entire state. In 25 years of election protection work, I have never seen an election as chaotic as this one,” said Debra Cronmiller, LWVWI Executive Director.

The report documents a range of problems present in urban, suburban, and rural areas across the state, including major shortcomings related to:

●       The manner in which mail absentee ballots were requested, distributed, processed, completed and received, with problems such as difficulties requesting ballots, non-receipt of requested ballots, and inability to obtain witnesses for those ballots;

●       A critical lack of clear and consistent information for citizens on the absentee voting process, and on changes to early and in person voting;

●       Restrictions and limits on early voting, sudden loss of poll workers and last minute consolidation of polling places, which created barriers for those needing to vote in person; and

●       During in-person voting, a lack of social distancing, unsanitary polling locations, and barriers to curbside voting.

To mitigate this level of dysfunction and disorganization in future elections - especially if the health emergency continues or recurs later this year - the report offers a comprehensive set of recommendations aimed at reducing disenfranchisement and enhancing safety at the polls.

“Wisconsin forced people to choose between their health and their right to vote. The heartbreaking stories from voters who never received their absentee ballots or stood for hours outside of crowded polling places makes it clear that we can never again allow this mistake to be repeated,” said Karyn Rotker, ACLU of Wisconsin senior staff attorney.

The report urges state and local elections officials to develop emergency and contingency plans and ensure that they are ready to act in the event that this pandemic or some other emergency continues or recurs in the future. Recommendations include voter registration improvements, better absentee voting practices, safer in-person voting options, changes to voter ID procedures, and better public access to the information needed to safely exercise the right to vote.

The League of Women Voters of Wisconsin is a nonpartisan political organization that advocates for informed and active participation in government. There are 20 local Leagues throughout Wisconsin. More information at lwvwi.org.