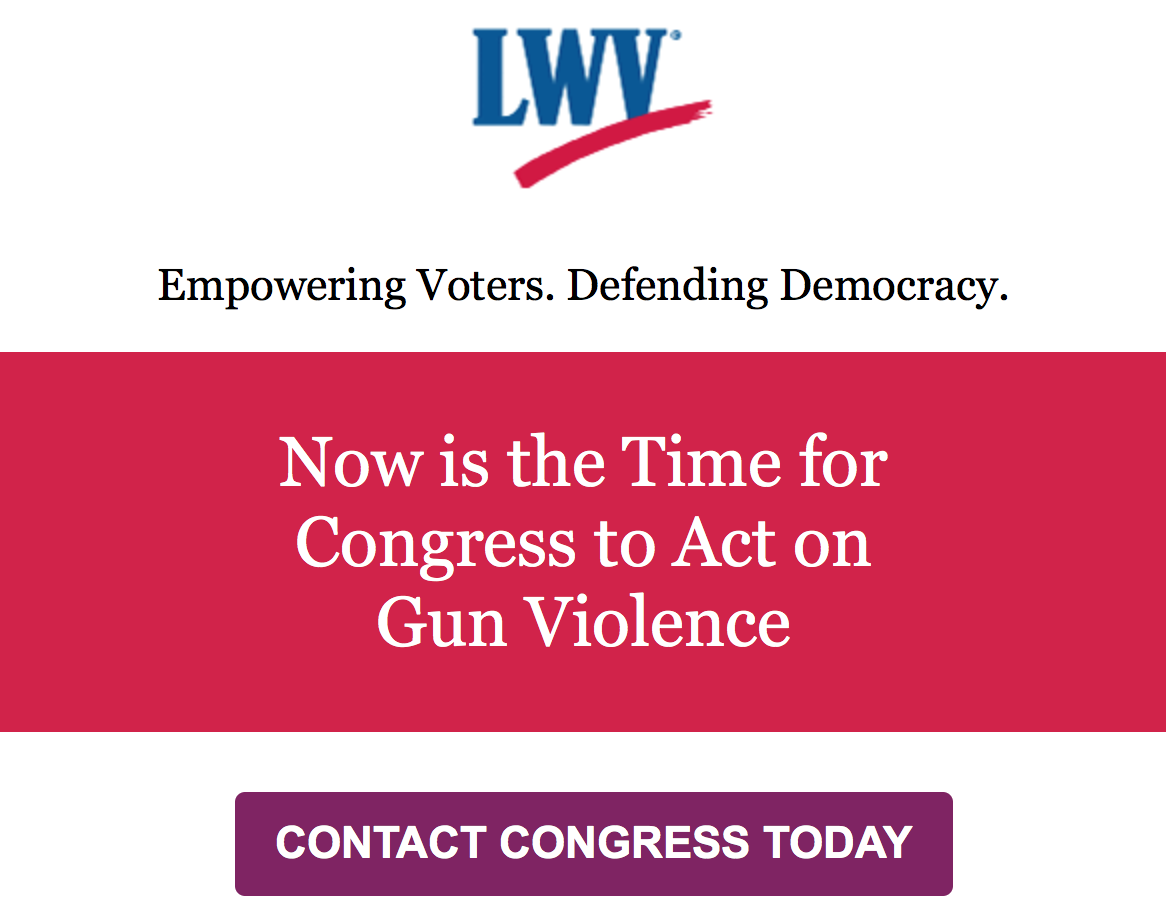 It’s time for Congress to move legislation to end gun violence once and for all. Contact your member of the U.S. House today and let them know you support the progress on this legislation and urge them to move these bills forward for a full vote in the U.S. House this fall.

Earlier this year, the U.S. House, passed legislation requiring universal background checks on every firearm sale and transfer, appropriating funds for gun violence research, and closing loopholes in laws that allow stalkers to obtain guns. But that same legislation is dying in the U.S. Senate.
Now is the time for us to act. Now is the time for us to make it clear to our members of Congress that saving lives from gun violence should be a priority. We cannot wait for the next mass shooting. We must act today.

In February, the U.S. House passed H.R. 8 the Bipartisan Background Check Act and sent it to the U.S. Senate for consideration. H.R. 8 and its companion in the Senate, S. 42, will make us all safer by requiring a background check for virtually every firearm sale and transfer. The legislation does nothing to impede lawful gun purchases, while closing off a wide and well-known avenue for illegal transactions by prohibited, and often dangerous, buyers. And it enjoys the support of 97% of Americans. But it is still waiting on a vote in the U.S. Senate.

Next week’s hearing in the U.S. House Judiciary Committee will focus on three other bills that tackle the issue of gun violence prevention. The legislation includes:

H.R. 2708, the Disarm Hate Act, which includes those convicted of misdemeanor hate crimes in the list of categories of individuals who are prohibited from possessing firearms, and who would be prohibited from doing so through background checks.

Together with H.R. 8, these three pieces of legislation can put our country on a path of ending gun violence. The House has made unprecedented progress in the first half of 2019, including passing universal background checks, appropriating funds for gun violence research, and closing loopholes in laws that allow stalkers to obtain guns. Please call or email your Representative today and tell them to continue to prioritize saving lives from gun violence by supporting these three bills.