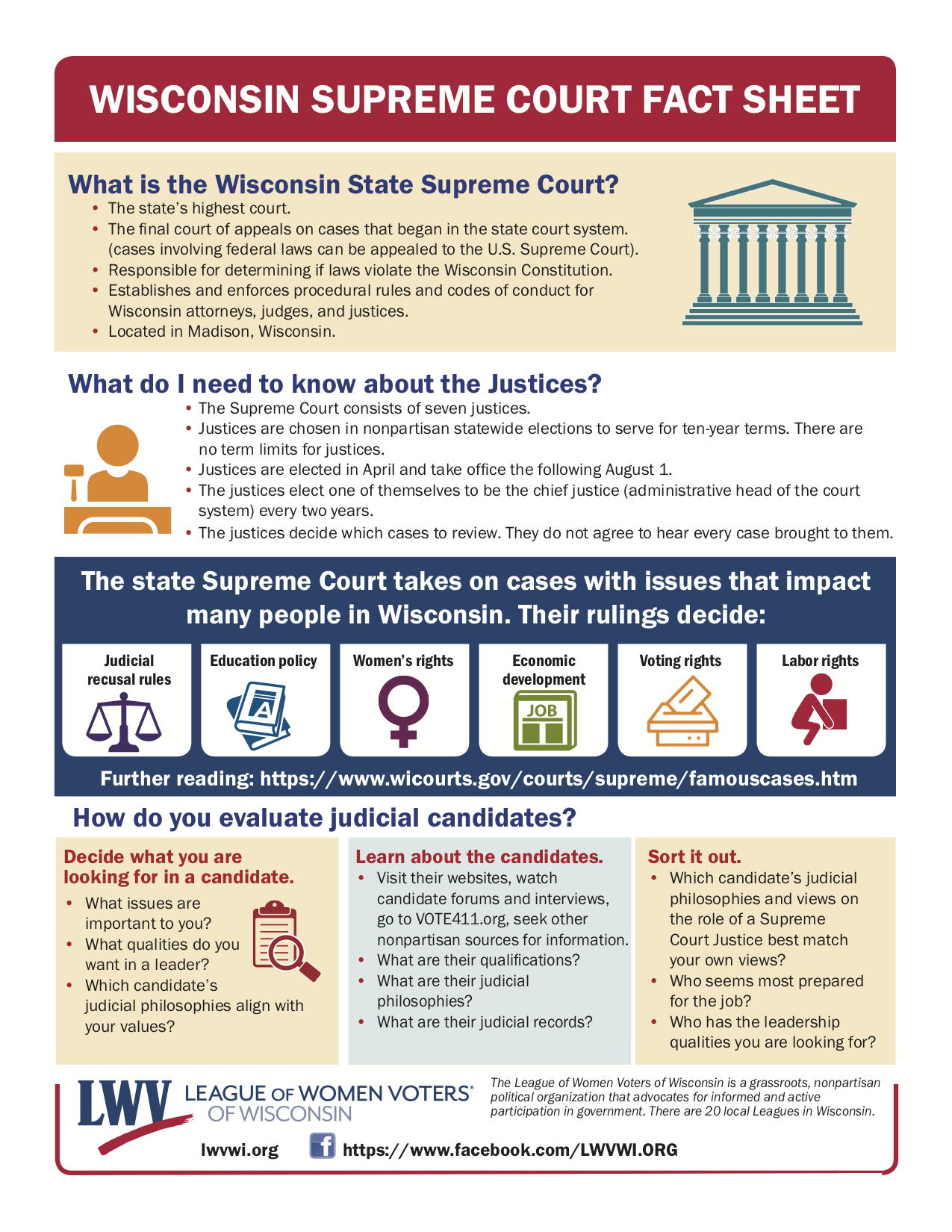 What is the Wisconsin State Supreme Court?

What do I need to know about the Justices?

The state Supreme Court takes on cases with issues that impact many people in Wisconsin. Their rulings decide:

Further reading on the impact of the state supreme court: https://www.wicourts.gov/courts/supreme/famouscases.htm

How do you evaluate judicial candidates?

1. Decide what you are looking for in a candidate.

2. Learn about the candidates.