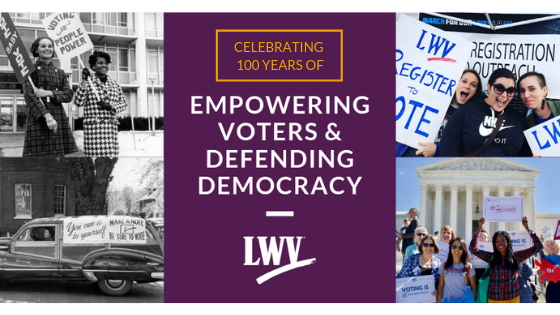 Type:
News
LWVWI executive director, Erin Grunze, recently sat down with Briana Reilly, state politics reporter for The Cap Times, to discuss the  League of Women Voters as we approach our Centennial Anniversary. Grunze highlights the accomplishments and complexities of the League's history as well as the importance of the League's future.
"We are seeing still a fight for good government and what that means. And I think we are still beating the drums of how important it is that people are involved, that democracy depends on our involvement and that it isn't something that just exists and run(s) because we think it's a good idea and we just let it be. It needs to be cared for and it needs that engagement. And so, without people holding our government accountable, power will just do what it wants, and that's not a particular party problem. That's a power problem."
You can read the full interview here.
Issues referenced by this article:
Voting Rights
Elections
Civil Engagement
League to which this content belongs:
Wisconsin