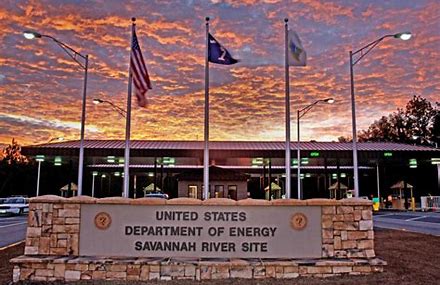 In 1997 Dr. Mary T. Kelly, a chemist and Natural Resources Director for the League of Women Voters of South Carolina, authored a ground-breaking document The Aging of the Nuclear State: A Survey of South Carolina's Nuclear Utilities which described the nuclear industry in South Carolina. Dr. Kelly wanted to uncover the facts and particularly to focus public attention on the leaking tanks of neglected high-level waste at what is now called the Savannah River Site (SRS).

GOOD NEWS: Decades ago LWV/SC's Mary Kelly (Ph.D., organic chemistry), opposed an intricate proposal to manufacture fuel at the Savannah River Site (SRS) from plutonium no longer needed for weapons. This fuel theoretically would have been used at commercial nuclear power plants.

Mary recommended instead that the plutonium be mixed with other SRS materials and solidified for safe permanent storage. This plan would have been much cheaper than the $51 Billion+ still advocated by nuclear industry insiders for the troubled Mixed Oxide (MOX) plant. The plant design is based on a similar (but different) French design. Now the Department of Energy (DOE) wishes to follow a simple, cheaper plan, as Mary recommended. DOE, under both the Obama and Trump administrations, has attempted to stop MOX, which was to begin operation in 2016 and is billions of dollars over budget, decades behind schedule, and has faced numerous quality control challenges.

Our South Carolina delegation in Washington D. C. has consistently supported continued work on MOX, and our attorney general recently sued to continue MOX operation, seeming to believe that the state has a role in decisions to shutter federal projects. The Forth District Court of Appeals just granted the motion to stop MOX.

SRS Watch recently stated (in part): "After many efforts to terminate MOX, this decision is likely the very final end of the project. An in-depth ruling by the court is likely to come soon but this court decision essentially means the MOX project is finished. In recent funding legislation, Congress affirmed that DOE had the power to terminate MOX by waiving spending on construction. On September 21, DOE appropriations for Fiscal Year 2019 became law and funding for MOX dropped from $335 million to $220 million, an amount that DOE will now spend on project closure."

CLOSING THE AGING COLD WAR WASTE TANKS AT THE SAVANNAH RIVER SITE has been an LWV/SC priority for decades. Almost every improvement at SRS is a new and different challenge. Bringing the Salt Waste Processing Facility (SWPF) to function has been a slow, complicated, essential process.

Fortunately, the SRS technical staff can and will say "OOPS" and try again when dealing with inevitable problems. Some national labs "kill the messenger" and proceed with cost-plus contracts (as apparently happened with contractors at SRS regarding the MOX fiasco).

Now a successful strategy to separate and treat certain important tank wastes has been realized; these wastes can be stabilized and moved to permanent storage at SRS. This project is a vital step in the goal to close the high-level waste tanks, some cracking.

Increased congressional funding is now appropriate to enable the hiring and training of workers to be ready to operate the SWPF and related facilities at higher treatment capacities when that entire system will be operating. The huge old tanks need to be closed before there are any more problems.

South Carolina's senators and representatives must advocate appropriations for jobs to close these tanks, as they did for MOX jobs. We will be urging them to do so.

AN UNFORTUNATE "OPPORTUNITY" This country owns almost half of the world's 15,000 nuclear bombs. DOE now claims a need for more "plutonium pits" for old- and new-generation weapons. Allegedly hundreds of new jobs at SRS would be involved. If this proposal is enacted, it will surely require more workers. It could slow tank cleanup schedules, as funding for pits must compete with other requests for congressional appropriations, including SRS clean-up funding. The League supports the closing of the waste tanks and opposes the import and processing of more bomb materials at SRS. An Environmental Impact Statement will be required, taking many years.

SRS' STATUS AS A FINAL RESTING GROUNDS FOR INTERNATIONAL WASTES is mixed. SRS Watch reports on GERMAN WASTES: "...In response to a Freedom of information Act (FOIA) request, the U.S. Department of Energy (DOE) reveals that it stands by a 2013 determination that there is no nuclear non-proliferation reason to import commercial highly radioactive German spent fuel to DOE's Savannah River Site (SRS) in South Carolina.....In its FOIA response, DOE's National Nuclear Security Administration (NNSA) has confirmed that it has not undertaken a new review of nuclear proliferation risks of leaving the spent nuclear fuel in Germany, thus affirming its 2013 position that there is no proliferation reason to bring the nuclear waste to the Savannah River Site."

HIGH-LEVEL LIQUID WASTES ARE APPARENTLY STILL BEING TRUCKED FROM CANADA to SRS, even though Canada has successfully treated these wastes for more than 10 years. The US has never subjected its citizens and neighbors to this degree of risk of liquid high-level waste transportation. It is very unnecessary. If there is a spill, only a very small quantity of any of the 100 to 150 truckloads could contaminate water bodies. This proposal apparently originated from DOE/HQ, as were the German and MOX so-called "non-proliferation" strategies. Payments from Germany and Canada for treatment would go to the US General Fund, not toward SRS cleanup. A problem with 60-year old "H Canyon" operations could mean the Canadian and German wastes could be stalled at SRS indefinitely.